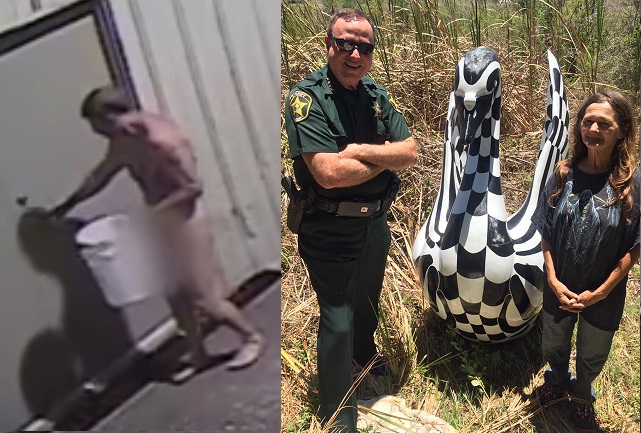 LAKELAND, Florida - A 5-foot-tall black and white checkered swan statue worth $25,000 allegedly stolen by a naked Florida man has been recovered.

According to the Polk County Sheriff's Office, 47-year-old Ronald Thompson stole a Ford F-150 from Lakeland Cold Storage during the evening hours of May 19-20 that had the swan statue in the bed of the truck. He was later identified, located, and arrested by deputies on May 23.

The truck was recovered in neighboring Hillsborough County but the swan statute remained missing.

On Thursday, a man was fishing with a friend in a small pond off of Old Tampa Highway in Lakeland, Florida and saw the swan statute that had recently been on the local news. Deputies then responded to the pond and confirmed it was the stolen swan.