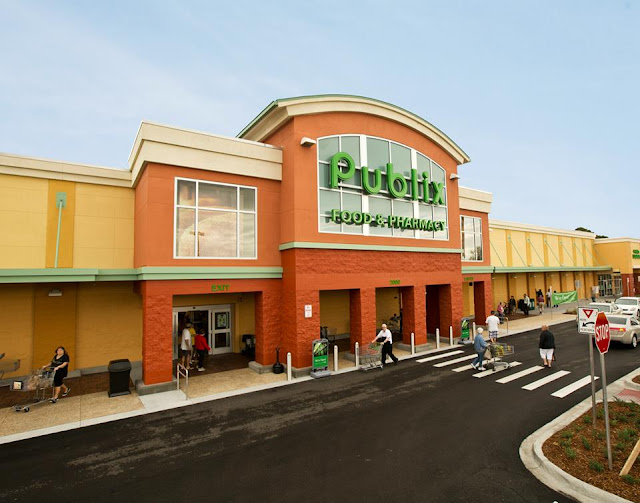 Publix and Wegmans are America’s favorite grocery retailers, tying for first place while Walmart came in last, according to a consumer study of more than 12,700 shoppers conducted by Market Force Information.

Publix, which ranked second for the past four years, earned a first-place tie with Wegmans, with each scoring 77% on Market Force’s Customer Loyalty Index. Trader Joe’s narrowly missed the lead spot with 76%, and H-E-B made the top three for the first time with 69% - a 10% increase from 2016. ALDI and Harris Teeter rounded out the top five with 68% and 66%, respectively.

Florida-based Publix Super Markets is the largest employee-owned grocery chain in the country and has been named to Fortune’s 100 Best Companies to Work For every year since the list’s inception. The chain’s engaged and friendly associates help deliver on its “Where shopping is a pleasure” motto.

Wegmans, founded in 1916, is known for its fresh produce, reasonable prices and massive stores. The New York-based chain is expanding steadily and, with a focus on employee training to ensure customers have a great experience, creating superfans eager for a new location to open near their home.

Publix Stores Are Cleanest, Trader Joe’s Cashiers Are Most Courteous

What sets one grocer apart from the others in shoppers’ minds? For one, being able to find the items they want, a category where Publix was a clear leader. Publix was also found to have the cleanest stores and fastest checkout speeds. Wegmans ranked highest for its specialty department service, and a close second for item availability. Trader Joe’s was found to have the most courteous cashiers. ALDI once again led for value, followed by WinCo Foods and Costco. Harris Teeter, Hy-Vee, ALDI and H-E-B all fared well in the rankings, while Walmart landed at the bottom in all categories but one. 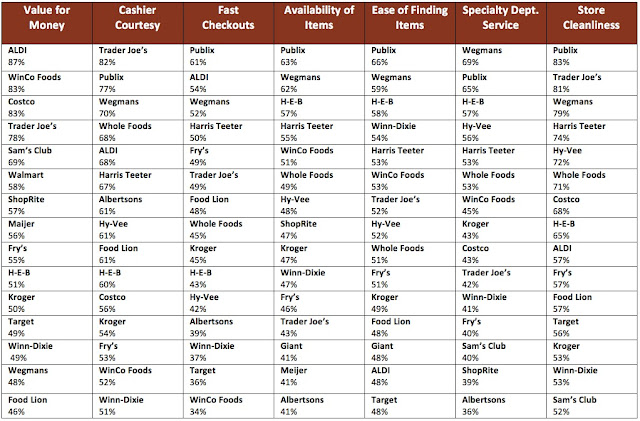 Increasingly, shoppers are filling up their shopping carts online rather than in the store. Market Force found services such as click-and-collect (buy online and pick up at store) and online ordering with home delivery are being embraced across all age groups, particularly millennials.

Home delivery services are also growing in popularity – 18% said they’ve used grocery home delivery, compared to 15% in 2016. Most are using the service through general online retailers such as Amazon and Jet. However, one-fifth were less than satisfied with the experience, leaving ample room for improvement.