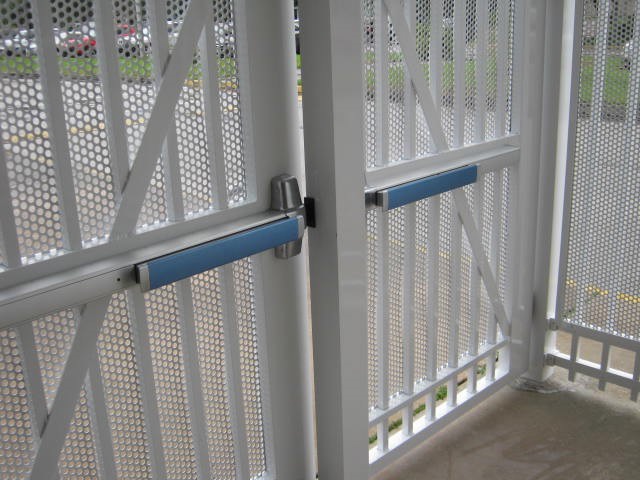 The Brevard County School Board approved the temporary transfer of over $5 million from the half-cent sales tax fund for fencing by a 4 to 1 vote with Tina Descovich as the sole "no" vote.

Desovich cited the sloppiness of the multi-million dollar contract and her belief that projects should be paid as the tax money is collected rather than borrowing from the future as her reasons for voting no.

According to a press release issued by Brevard Public Schools after the vote, the fencing project was accelerated because Superintendent Dr. Desmond Blackburn and other leaders "ultimately decided it was impossible to prioritize which children and staff should be made safer sooner while others waited years, as the original plan called for."

BREVARD COUNTY, Florida - The Brevard County Public School administration will try once again to temporarily transfer over $5 million from the half-cent sales tax fund to expedite fencing around schools during the Brevard Public School Board meeting that begins at 9:30 a.m. on Tuesday, June 13, 2017.


The proposal was withdrawn from last month's School Board meeting agenda after the proposal was reported by Brevard Times and criticized by conservative radio talk show host Bill Mick.

According to documents filed with the School Board, the multi-million dollar transfer may limit BPS' ability to fund other facilities projects until future sales tax revenue is recovered.

Another risk noted in the agenda item is that if the sales surtax revenues do not reach the projected $198 million, any shortfall would need to be covered by capital funds in order to complete the facility renewal program.

The proposal does not provide any reason as to why there is an urgent need to tie up facility funding for other projects in order to accelerate the fencing project.

A cost benefit analysis submitted by BPS' Chief Financial Officer, Pennie Zuercher, notes that the accelerated fencing proposal will not result in any cost savings to the School Board. 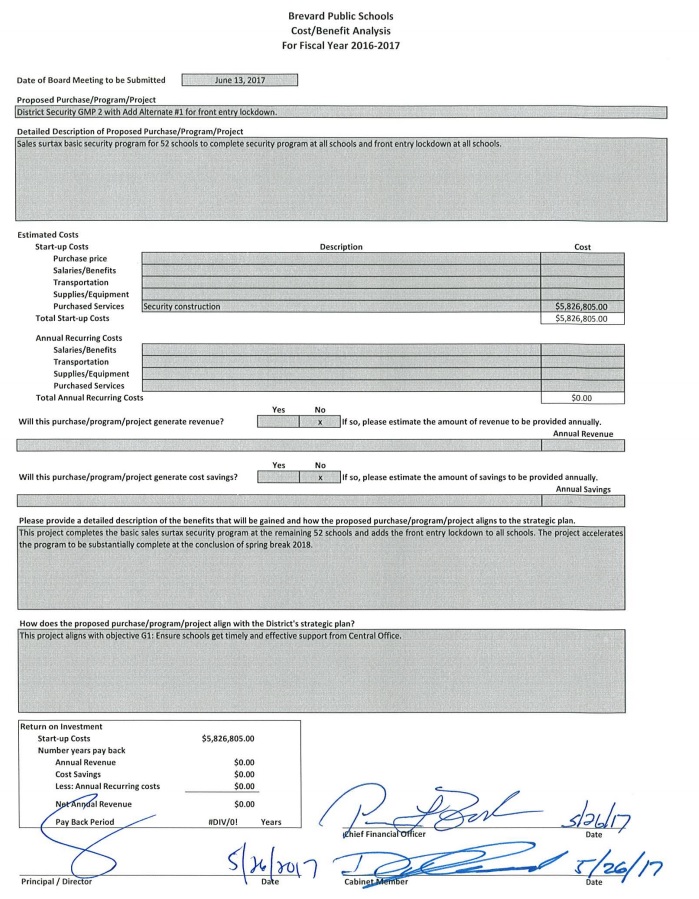 "BPS will be spending most of its time and surtax money this summer on major building-renewal projects – new pipes, AC systems, electrical – that were the biggest problem addressed by voters," BPS spokesman Matt Reed said when multi-million dollar transfer was first proposed in May.

Listen to a discussion of this article on BILL MICK LIVE
Labels: Brevard County Public Schools