Teen Shot At Save-A-Lot On Dixon Boulevard In Cocoa 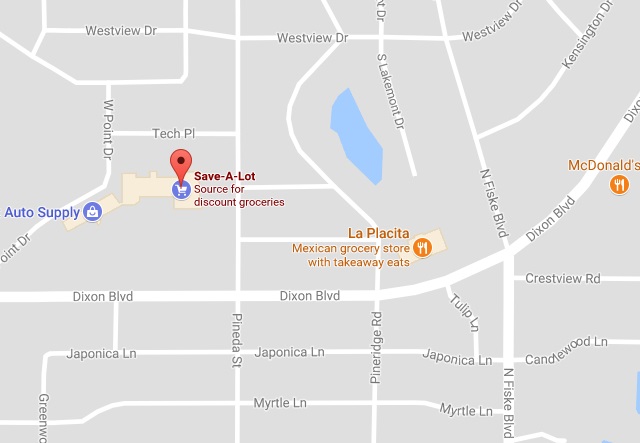 COCOA, Florida - A 16-year-old boy was shot inside a vehicle around 1:08 p.m. on Thursday at the Save-a-Lot shopping plaza located at 1208 Dixon Boulevard in Cocoa, Florida

When Cocoa police officers arrived, they located the 16-year-old victim in a vehicle with an 18-year-old male driver. The male driver was not injured.

The teen was talking and alert when fire rescue crews arrived. He was later airlifted to the trauma center at Holmes Regional Medical Center for treatment of his wounds.

According to initial witness statements given to detectives, the two teenagers were at the barber shop inside the shopping plaza.

When the two teens were inside the vehicle, the driver turned his head to the rear as he put the vehicle in reverse. That's when he saw a light-skinned black male shoot into the vehicle from the rear, passenger side. The 16-year old male was in the passenger seat when the shot was fired and was struck by a bullet.

The teens immediately attempted to get help by asking nearby witnesses to call 9-1-1. The suspect then fled the area.

Just after 6 p.m., the Cocoa Police Department announced that a suspect is in custody. 19-year-old Michael Lloyd Cooper is now facing charges of attempted murder related to the shooting incident.

Detectives are currently interviewing the victim-witness and attempting to locate and interview other witnesses.

The victim’s vehicle has been towed and is being kept for crime scene technicians to process for evidence.

Crimeline callers can remain anonymous and can be eligible for cash rewards of up to $1,000 in this case.
Labels: Cocoa crime