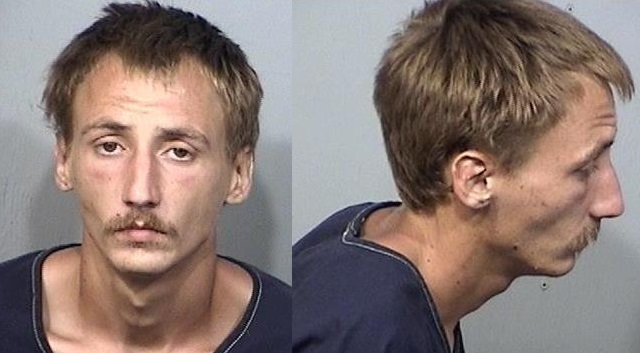 PALM BAY, Florida - A Florida man is in jail after a security system alerted a NYPD detective in Brooklyn, New York of a break-in into his family's home in Palm Bay, Florida.

On Sunday, July 9, 2017 around 8:00 p.m., Palm Bay Police responded to a report of a residential burglary in progress after Detective Jose Castellanos of the New York Police Department received an alert from the security system.

Detective Castellanos was at work in Brooklyn at the time of the break-in, and upon review of his in home camera system, he saw that a burglar had indeed been inside his home.

Upon arrival at the home, Sergeant Greg Leonard and officers from the Palm Bay Police Department located a suspect in a port-a-potty next door to the house.

In the process of investigating the call, Sergeant Leonard rang the doorbell at the victim’s home where he was able to communicate directly to Castellanos through the home’s doorbell two-way communication and security system.

As a result of the quick response of the Palm Bay Police Department, in-home security technology, and the cooperation of NYPD Detective Castellanos, the suspect was immediately identified as the intruder and the officers made an arrest on the spot and recovered property that had been stolen from the home.