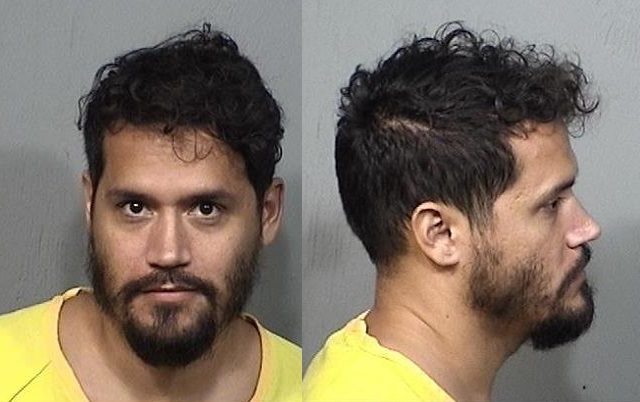 BREVARD COUNTY, Florida - A Brevard County Public Schools teacher was sentenced to 8 years in prison and 10 years of probation by Brevard County Circuit Court Judge David Dugan on Wednesday after he plead guilty to two counts of lewd and lascivious acts upon a child under 14 years of age, one count of molesting a child 12 to 16 years of age, four counts of possession of material depicting a sexual conduct by a child, and one count of using an electronic device to transmit harmful material to a minor.

In August 2015, Brevard County Sheriff’s Office arrested Andrew Bayard of Merritt Island, Florida, after he traveled to a prearranged location in Brevard County to meet what he thought was a teenage girl for the purpose of engaging in a sexual relationship.

The investigation began in July 2015, after a former student of Bayard’s reported that she had previously had an inappropriate relationship that began when he was her teacher at Suntree Elementary.

The student had since moved out of state and reported the relationship to her father after the 34-year-old teacher began texting her and sent her an obscene video of himself.

A Sheriff’s Office Agent assumed the teen’s communication with Bayard. During these conversations, the Agent, acting as the child, advised Bayard that the teenager would be in Brevard County on the weekend of August 28, 2015.  Investigators say that Bayard then contacted the Agent for the purpose of meeting the teenage girl for sex.

Bayard then made arrangements to meet the girl at a prearranged location and was arrested after he arrived at the location by Agents.

Bayard was employed with the Brevard County School system during the 2013-14 school year at Kennedy Middle School and Suntree Elementary and 2014-15 at Viera High School.

Bayard’s contract with Brevard County Public Schools was not renewed following his arrest.

Bayard is among a long list of Brevard Public School employees who have been charged with sexual offenses related to children in recent years.

Just last month, a Satellite High School teacher was charged with lewd and lascivious conduct and promotion of sexual performance of a child under 16 years of age.