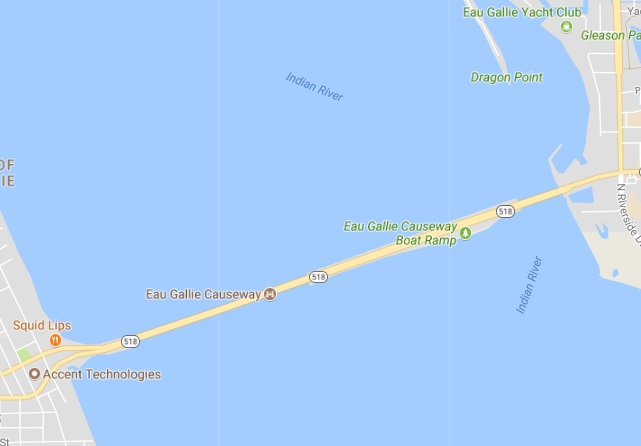 MELBOURNE, Florida - A fisherman died as a result of injuries he sustained after being struck by a vehicle on the Eau Gallie Causeway (State Road 518) in Melbourne, Florida.

Around 10:30 p.m. on Monday, August 7, 2017, Melbourne Police Officers responded to multiple reports of a traffic crash involving a vehicle striking a pedestrian. The pedestrian sustained serious life-threatening injuries and eventually succumbed to his injuries while at the scene.

Melbourne police have not released the fisherman's identity.

Eau Gallie Causeway is a popular spot for night time fishing and crabbing.