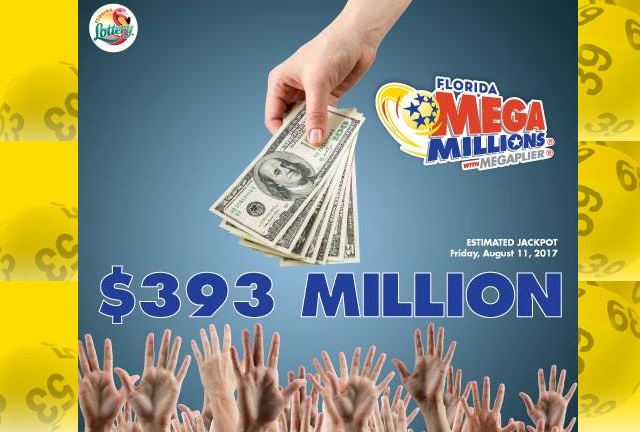 The winning numbers for the $393 million MEGA MILLIONS jackpot drawing on Friday, August 11, 2017, are:

In addition to the jackpot winner, there were three tickets that matched the five white balls to win the game’s second prize. One, sold in Washington, included the optional Megaplier (a $1 extra purchase available in most states) to win $5 million after the 5x Megaplier was drawn; the others were sold in California and Ohio.

The jackpot has been growing for four months, having last been won on April 8 in California. Two other jackpots have also been awarded this year – $191 million, also in California, and $177 million to a ticket he purchased in Arkansas.

MEGA MILLIONS jackpot prizes may be paid in 30 annual installments or a one-time, lump-sum payment that jackpot winners may choose to receive instead of receiving their winnings in annual payments.  Winners who want the Cash Option payment must claim their prizes within the first 60 days after the drawing.