Police Stand Off Ends At Three Oaks Motel In Titusville 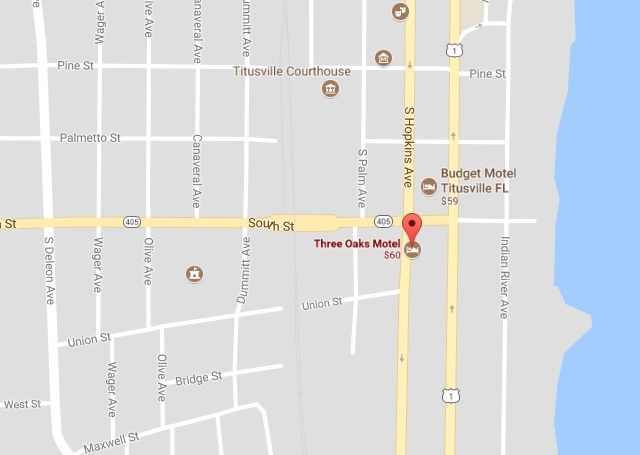 UPDATE: Law enforcement has discovered that the gunfire heard was a man inside one of the motel rooms who took his own life. The police activity has ended and nearby traffic has resumed as normal.

TITUSVILLE, Florida -  Titusville police and Brevard County Sheriff's deputies have surrounded the Three Oaks Motel with their weapons drawn during a standoff that is still ongoing Wednesday morning.

The standoff began around 3:30 a.m. Monday morning following reports of gunfire at the motel located at 707 South Hopkins Avenue.

Police have closed off the roads in the immediate area on South Hopkins Avenue and South Street (State Road 405). Drivers must seek alternate routes if driving near that area.
Labels: Titusville