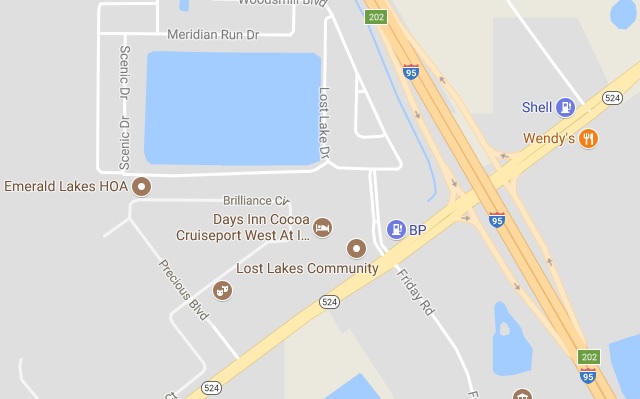 COCOA, Florida - A Brevard County man died as a result of injuries he sustained in a weather-related crash on State Road 524 on Wednesday, October 4, 2017.

According to the Florida Highway Patrol, the Dodge Ram began to hydroplane and traveled into the westbound lanes. The front, right side of the Dodge struck the front, left of the Ford.

Following the impact, the Ford traveled on the north shoulder and came to a final rest in a water-filled ditch located west of the intersection of State Road 524 and Precious Boulevard.

As a result of a lingering low pressure system, Brevard County has experienced heavy, cumulative rainfall amounts that has led to flash flooding of roads and localized flooding of roadside ditches
Labels: Cocoa Melbourne weather