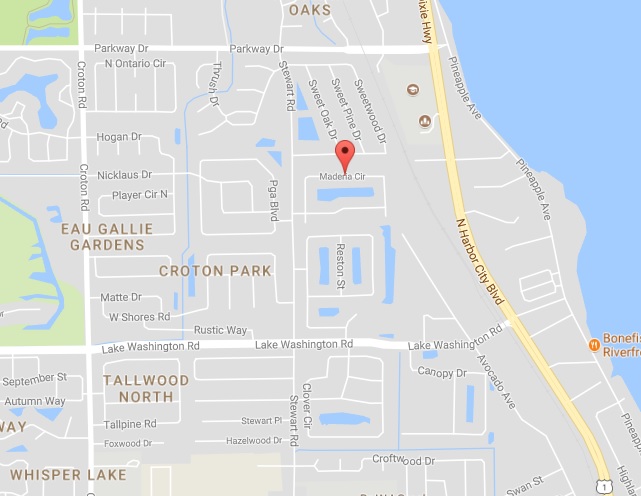 MELBOURNE, Florida - Melbourne police arrested a man who had barricaded himself in a residence on Monday night.

Just before 10 p.m. on October 2, 2016, the Melbourne Police Department received a 911 hang-up call from a residence on Maderia Circle in Melbourne, Florida.

Officers responded to the residence when dispatchers could not gain understandable information from the caller.

When police arrived at the residence, they could view the caller through the front window talking on the phone with a gun in his hand.

Police say that 67-year-old Carlos A. Flores then fired several rounds within the residence and at one point verbally threatened an officer while holding a firearm by his side. The Melbourne SWAT team and Crisis Negotiation Unit were then called and responded to the scene.

When protracted attempts at communicating with the suspect failed, a Brevard County Sheriff's Office tactical robot was sent into the residence where it helped to determine Flores’ location.

Police then introduced chemical agents into the home which was followed by a tactical entry into the residence.

Flores was taken into custody without further incident. There were no other occupants in the residence during the incident.

After being medically cleared, Flores was booked at the Melbourne Police Department and turned over to the Brevard County Sheriff’s Office.
Labels: crime Melbourne