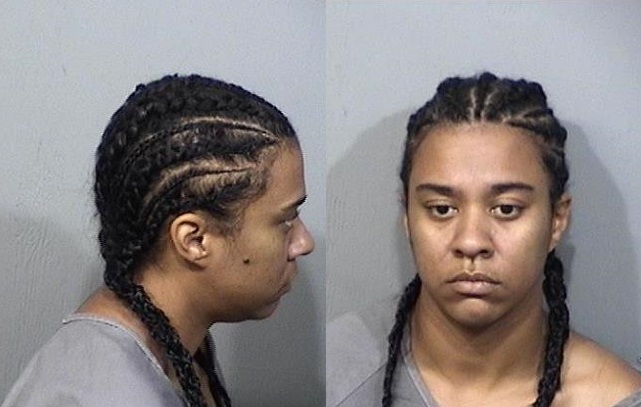 PALM BAY, Florida - A Palm Bay teacher's aide has been arrested and charged with lewd and lascivious battery on a victim 12-16 years of age and distributing obscene material to a minor.

According to Palm Bay police, 35-year-old Alana L. Chasky had a relationship with a student from Riverdale Country Day School, a  separate Day School that has a contract with Brevard Public Schools but is owned and operated by Behavioral Education Services under the umbrella of Universal Health Services.

According to investigators, the student's mother became concerned that Chasky and her son were having an inappropriate relationship after she caught Chasky dropping her son off after school and learned that Chasky was also seen by other witnesses picking up the boy from his bus stop.

Palm Bay police initially investigated the mother's concerns in July 2017, but did not have enough evidence to corroborate a sexual relationship.

In September, the mother told police that she finally had evidence of the relationship and presented text messages between Chasky and her son that referred to sex between the two.

Police were also given video of the two in Chasky's bed and another still photo of the two together in their underwear.

The student told investigators that the sexual relationship lasted from February 2017 through September 2017.