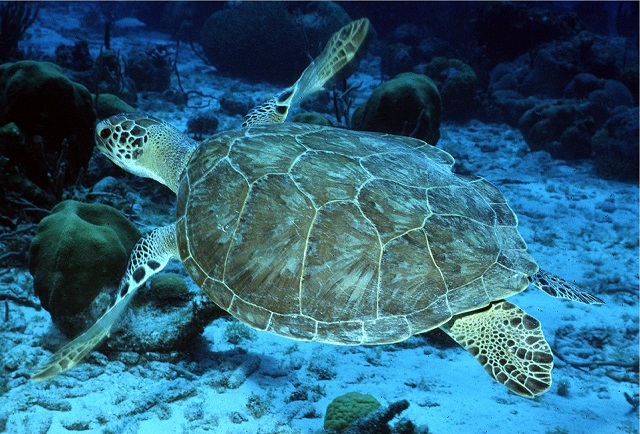 Last year, the green sea turtles that nest on Florida beaches were reclassified from ‘endangered’ to ‘threatened’ under the federal Endangered Species Act.” 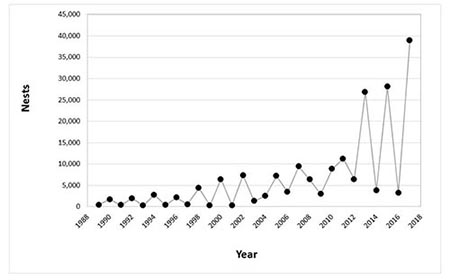 Green turtles, named for their green body fat, were valued by European settlers in the New World for their meat, hide, eggs, and "calipee" (the fat attached to the lower shell that formed the basis of the popular green turtle soup). Merchants learned that the sea turtles could be kept alive by turning them on their backs in a shaded area. This discovery made it possible to ship fresh turtles to overseas markets. By 1878, 15,000 green turtles a year were shipped from Florida and the Caribbean to England.

The final 2017 sea turtle nesting numbers from the FWC’s more comprehensive Statewide Nesting Beach Survey, covering 800 miles of Florida coastline, will be available in early 2018. Preliminary data, based on the recently completed Index Nesting Beach Survey, indicates the trend for green sea turtle nesting has experienced significant increases over the past 27 years.

“Today’s news is great for Florida and shows that our efforts to conserve Florida’s natural resources are helping the sea turtle population thrive," said Florida Governor Rick Scott. "Florida’s beaches not only attract millions of visitors but are also home to abundant wildlife, like sea turtles, which is why my Securing Florida’s Future budget builds on our past investments and proposes a record $100 million for beach restoration. I am proud of FWC’s hard work to help our wildlife, and look forward to continuing to see record nesting for years to come.”