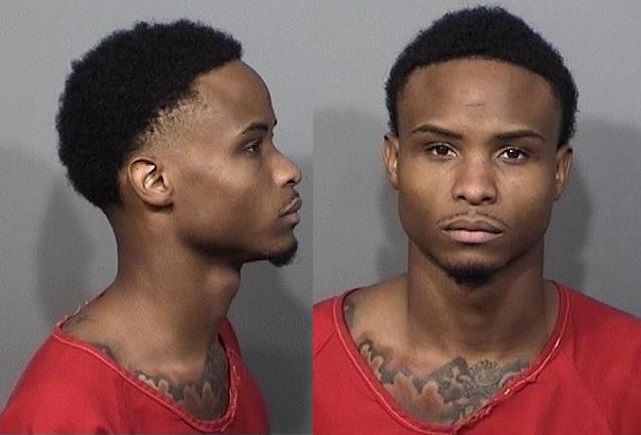 TITUSVILLE, Florida - A man is in jail after he exchanged gunfire with Titusville Police at and apartment complex located on Mayfair Way around 5 a.m. on Sunday, November 19, 2017.

There were no injuries as a result of the gun battle.

Johnson was arrested and charged with Discharge of a Firearm from a Vehicle, Carrying a Concealed Firearm, Tampering with Evidence, Possession of Marijuana, and Possession of Drug Paraphilia.

Johnson was booked into the Brevard County Jail without bond.