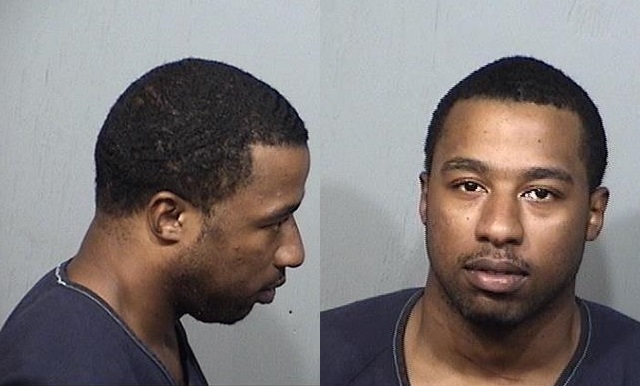 PALM BAY, Florida - The Palm Bay Police Department is searching for 26-year-old Anthony Chris Johnson of Palm Bay, Florida, who police say is a suspect in the "Blue Diamond" pawn shop burglary which occurred on September 11, 2017 during Hurricane Irma.

Police say that numerous firearms were stolen during the burglary.

Johnson has an active arrest warrant for armed burglary along with other charges. Police say that Johnson should be considered armed and dangerous.

His brother, 21-year-old Dangelo T. Johnson  was arrested and charged with armed burglary for the same burglary. He is currently in The Brevard County Detention Center on $44,000.00 bond.

The Palm Bay Police Department is asking that anyone who knows the whereabouts of Anthony Chris Johnson to please call 911, CRIMELINE at 1-800-TIPS or CRIMELINE.ORG.
Labels: crime Palm Bay