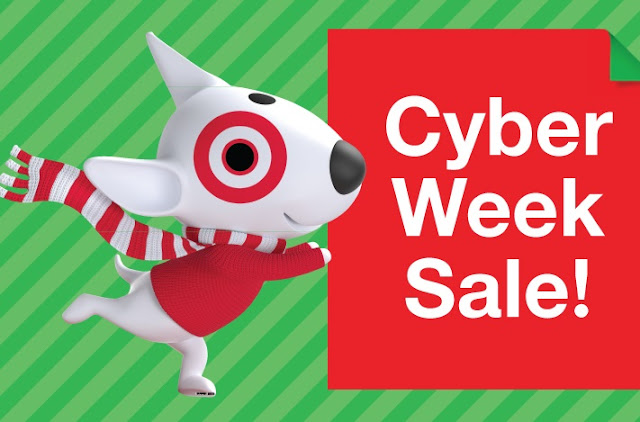 Target revealed its 2017 Cyber Monday deals which the retail giant is touting as its "lowest prices of the year on select items within home décor, kitchen appliances, toys, movies, and electronics."

Targets's Cyber Monday deals will begin early on Monday, November 27, 2017, when it will offer 15% off all items online at Target.com. No Target online promo code will be required.

Target is also offering free shipping throughout the holiday season, and shoppers who use a Target REDcard receive 5 percent savings on nearly all items.

Cyber Monday is forecast to become the largest online shopping day in U.S. history, generating $6.6 billion in sales, according to a data analysis by Adobe.

In addition to the Cyber Monday sales, Target said that it will offer digital daily deals, including department-wide sales beginning Tuesday, November 28 through Saturday, December 2, 2017.

Hundreds of toys up to 50% off from brands such as LEGO, Pokémon, Nerf, Our Generation and more.
20% off select board games, including “Saved by the Bell,” “The Oregon Trail,” and “Ticket to Ride: First Journey.”
Buy two Paw Patrol toys get one free.