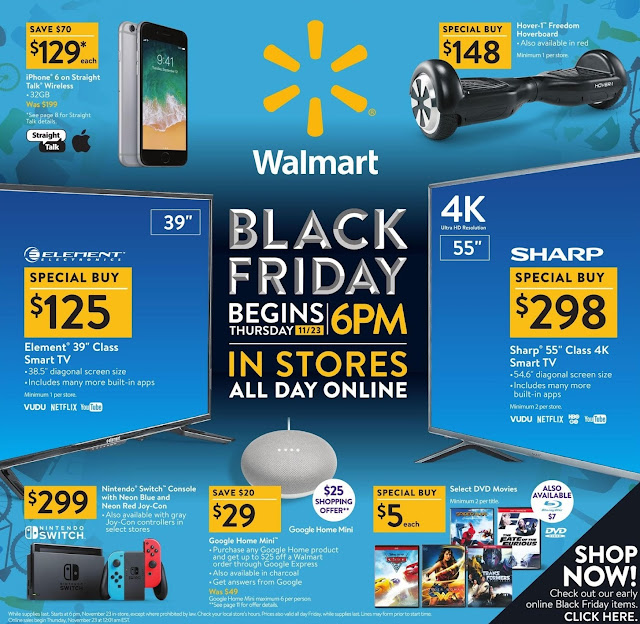 Many shoppers wanting to take advantage of Walmart's Black Friday 2017 sales became frustrated when their orders were later canceled or the items that they wanted to purchase were out-of-stock online and in brick-and-mortar stores.

"What's the point in having online black Friday if everything is either out of stock or in-store purchase only," commented one customer.

Another shopper posted, "Why is it that many of the sale items in the black Friday ad that are supposed to be available all day today are not online?!?! This is ridiculous and the worst crap Walmart has pulled yet!"

"What a fraud and joke your iPhone deal was," said a shopper on Facebook. "Based on your internet ads I went to your store expecting to get an iPhone X, or place order for future delivery. I was told you didn't have any X's and only 6 8's or 8 plus. They also told me the deal was not available on AT&T. How could you be so unethical and misleading with this promotion?"

"My brother and I went to my local Walmart to purchase new iPhones," complained another iPhoneX shopper. "I was told yesterday and today that the store would have phones in stock for both Verizon and AT&T. Imagine our surprise when we got there and were told they only had 6 iPhone 6/6 plus and they were gone and they never had any X’s. Talk about LIMITED supply!! Seems like false advertising to me."

"Was very disgusted with this year's sale. The PS4 at our store was wiped out in under 5 minutes," noted one customer. "Just a few years ago when it was the Xbox 360, customers had to line up at the layaway counter and pay for the console there. Tonight was a disaster, trying to find the line, as all the electronics were in one area. Do a better job next time!!! Hopefully I can try to order online before it's too late."

Another customer posted, "Thought the Sharp 55 4K was supposed to be available online. What a joke!"
Labels: Black Friday