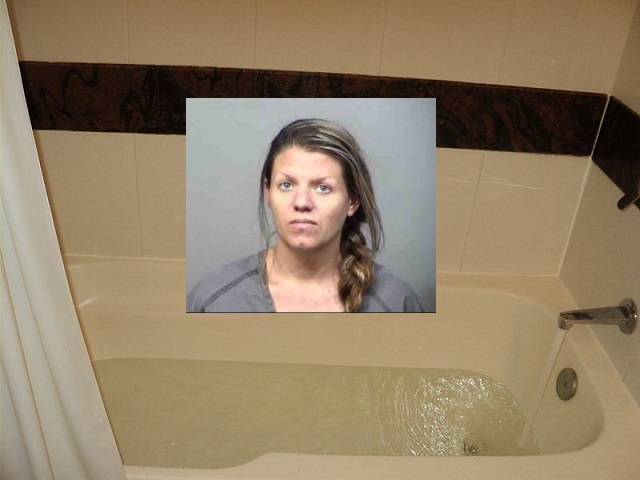 MELBOURNE BEACH, Florida - Rosa Regina Feeney was charged with manslaughter after her 10-month-old baby boy drowned in a bathtub when the allegedly drunk mom fell asleep.

During the early morning hours of December 6, 2017, Brevard County Sheriff's deputies responded to the Deangelo’s by the Sea hotel in Melbourne Beach, Florida regarding an unresponsive child.

Investigators believe that Feeney, who allegedly had been drinking the night of the incident, entered the bathtub while the child was playing on the bathroom floor.

While taking a bath, Feeney undressed the baby and placed him in the bathtub with her. Feeney then fell asleep, causing the infant to slip under the water.

When Feeney awoke, she found the baby unresponsive in the bathtub and ran to a neighboring room to summon help.

Investigators say that Feeney appeared to be inebriated during her contact with law enforcement and medical professionals that morning.

The 35-year-old mom was arrested on January 22, 2018 after a warrant was issued charging her with Aggravated Manslaughter of a Child and Child Neglect.

The Florida woman was booked into the Brevard County Jail Complex where she is being held on a $60,000 nond.

Anyone with information in reference to this investigation is asked to please call Agent Joe Martin of the Brevard County Sheriff’s Office, Homicide Unit at 321-633-8413 or CRIMELINE at 321-423-TIPS (8477).