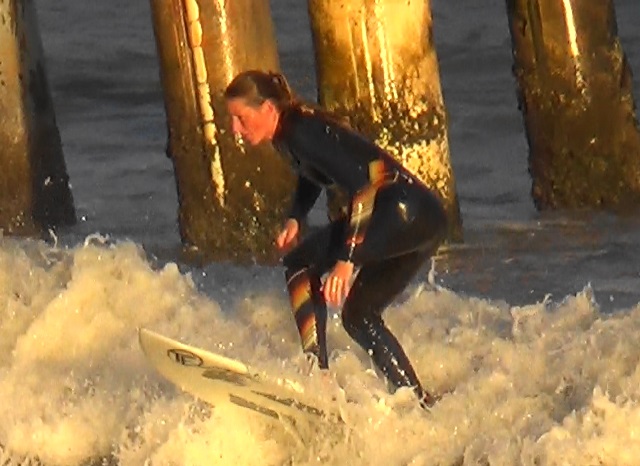 While most Floridians were testing out space heaters and prepare firewood for their fireplaces, about a dozen surfers donned wet suits to catch sets of waves breaking just south of the Cocoa Beach Pier despite the gusty winds in excess of 30 mph and a 20 degree drop in temperatures in Brevard County, Florida on Wednesday, January 3, 2017.

Most of the daring surfers remained in the chilly water for hours to catch as many waves as possible before the Sun set as Winter Storm 2018 grips the U.S. east coast.
Labels: Cocoa Beach Cocoa Beach Pier Ocean Surfing