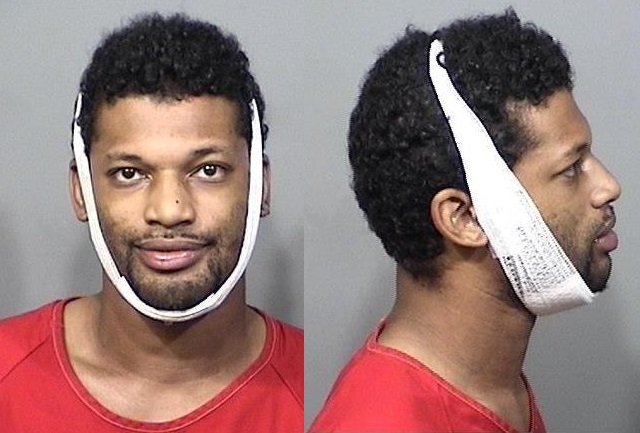 WEST MELBOURNE, Florida - A man who was shot by a West Melbourne police officer when he allegedly attempted to run over the officer with a car was released from the hospital and booked into the Brevard County Jail.

Stringer then fled on foot from store security and entered a red Nissan Altima that he started to drive towards Norfolk Parkway. At the same time, a West Melbourne Police officer responding to the retail theft call was arriving and entered the shopping center from Norfolk Parkway where he encountered the Nissan at a four way stop.

Police say that Stringer failed to comply with the officer’s commands and began driving towards the officer. In fear for his life, the officer fired multiple rounds at Stringer, striking him in the jaw.

The Nissan then headed towards Norfolk Parkway, but the officer lost sight of the Nissan near Palm Bay Road. The officer was not injured and was able to provide a description for responding units to be on the lookout for a red Nissan two door.

A short time later, West Melbourne Police received information from Palm Bay Police that a person who had been shot was at the Palm Bay Community Hospital on Malabar Road. Palm Bay Police responded to the hospital where they located a red Nissan Altima with damage consistent with the shooting in the hospital parking lot.

Stringer was not granted bond and will remain in custody through his trial.
Labels: crime West Melbourne