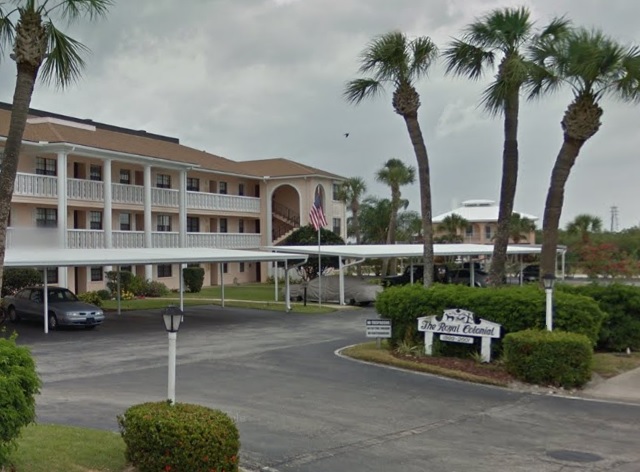 COCOA BEACH, Florida - A man was killed during an officer-involved shooting that occurred Friday night at the The Royal Colonial Condominiums in Cocoa Beach, Florida.

Just after 10:15 p.m. on February 17, 2018, Cocoa Beach Police received a 911 call from a woman who stated that her husband, 59-year-old Tim Berger of Cocoa Beach, Florida, was under the influence and that he had shot through a window in a second-floor condo unit located at 2001 South Banana River Boulevard.

The suspect was reportedly on a second-floor balcony when police arrived seconds after receiving the 911 call.

The man was shot by Cocoa Beach Police Officers James Scheiner and Taylor Payne during the incident. Neither officer was injured during the encounter.

Officer Scheiner has been with the Cocoa Beach Police Department since June 2015 and Officer Payne since May 2016.

Both officers have been placed on paid administrative leave until further notice, as is standard protocol.

Cocoa Beach Fire Department and Brevard County Fire Rescue crews were then called to the scene.

When paramedics examined the 59-year-old man around 10:30 p.m., they determined that he was deceased.


The Florida Department of Law Enforcement is handling the investigation with assistance of the Brevard County Sheriff’s Office Crime Scene Unit.