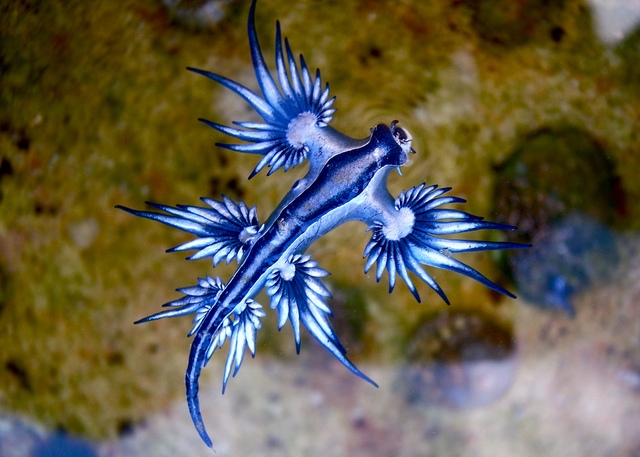 Blue Dragons, known scientifically as Glaucus atlanticus, are sea slugs that float at the ocean's surface and consume jellyfish, including Portuguese Man-o-War, Blue Buttons and By-the-Wind Sailors, which have also appeared on Brevard County beaches.

The Blue Dragons are not only immune to jellyfish's venom, but can actually store the venom they consume in their own bodies as protection from predators.

This eye-catching sea slug is often found in the Pacific and Indian Oceans but is also known to wash up from time to time on Florida's east coast.

But don't pick up Blue Dragons with your bare hands if you see one on the beach.

That's because they are able to concentrate the venom and have a worse sting than Portuguese Man-o-War, and can cause a fatal allergic reaction in some people.

Venomous Blue Dragons were spotted in South Florida in late January, but have now made their way up to Central Florida's east coast.