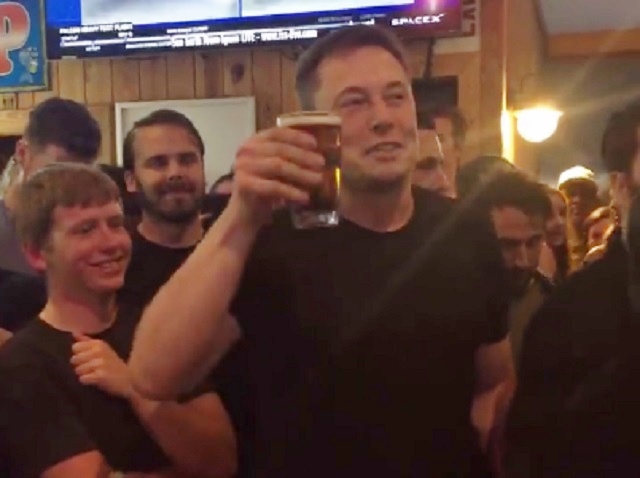 CAPE CANAVERAL, Florida - After the successful launch of the Falcon Heavy rocket that placed a midnight cherry red Tesla Roadster into a heliocentric orbit, SpaceX CEO Elon Musk and his employees celebrated space history with cheers and beers at a local restaurant in Port Canaveral, Florida.

"Best crew in the world! We launched the biggest rocket in the world," Elon Musk exclaimed before toasting an amber-colored beer and saying, "Cheers!"

The celebratory moment was captured on smartphone video by Shannon Lydic, a server at Fishlips Waterfront Bar & Grill, a restaurant near Cape Canaveral Air Force Station that this frequented by SpaceX employees.

However, the center core rocket of the Falcon Heavy missed landing on the Of Course I Still Love You autonomous drone ship and slammed into the Atlantic Ocean at 300 mph, Musk told reporters at a post-launch press conference.

The second stage of the Falcon Heavy made it through the harsh radiation of the Van Allen Belts to successfully place the Tesla Roadster driven by 'Starman,' a dummy in SpaceX's Dragon Crew spacesuit. 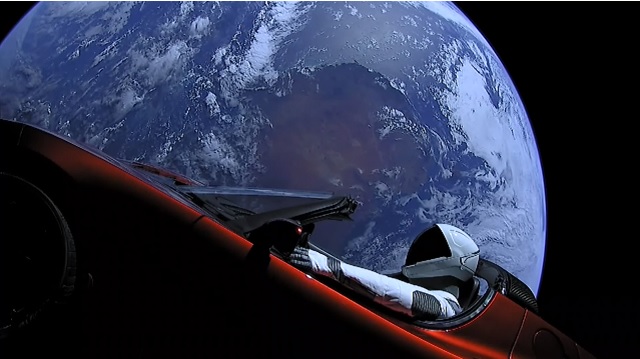