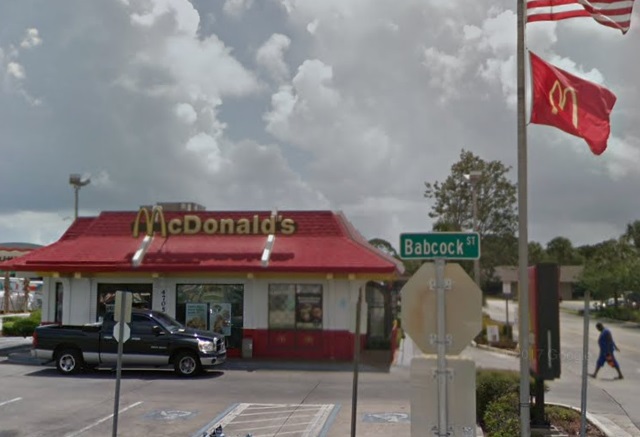 PALM BAY, Florida - A Palm Bay police officer said that he was refused service on Friday at a McDonald's located at 4705 Babcock Street Northeast because he was a cop .

"I ordered my lunch, paid at the first window and moved up to the second window to pick up lunch. When I got to the window, the clerk looked at me with my drink in hand and stopped. For the record, I am in full uniform and an unmarked car. She handed my drink to another clerk and walked away in disgust.

I asked the other clerk what was wrong, she stayed that the other clerk refuses to serve cops. I was embarrassed and upset. After a while, I called the store and spoke to Omar, he identified himself as the general manager, and said he would address it."