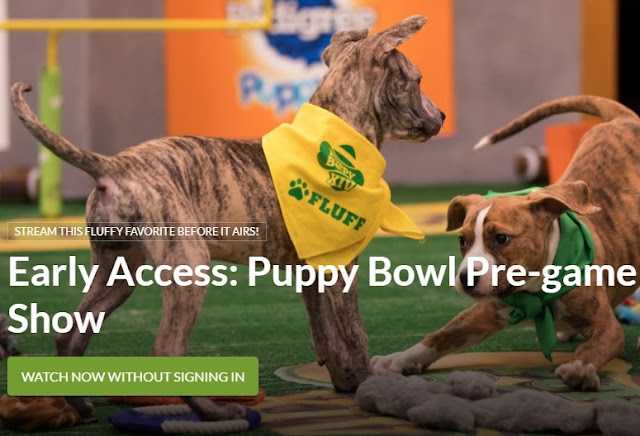 Digital viewers can point their paws to AnimalPlanet.com/PuppyBowl to stream Puppy Bowl 2018 online with a cable subscription login.

The Puppy Bowl 2018 website also has several features and pre-game videos that do not require a cable subscription.

To watch the 2018 Puppy Bowl online for free, sign up for a free trial on PlayStation Vue, DirectTV Now, or Sling TV.

For PUPPY BOWL XIV, Animal Planet worked with forty-eight different animal shelters and rescue organizations from twenty-five U.S. states and territories, to fill the rosters of #TeamRuff and #TeamFluff with 90 adoptable players for this puppy pile-up – the most puppies and shelters in puppy bowl history.