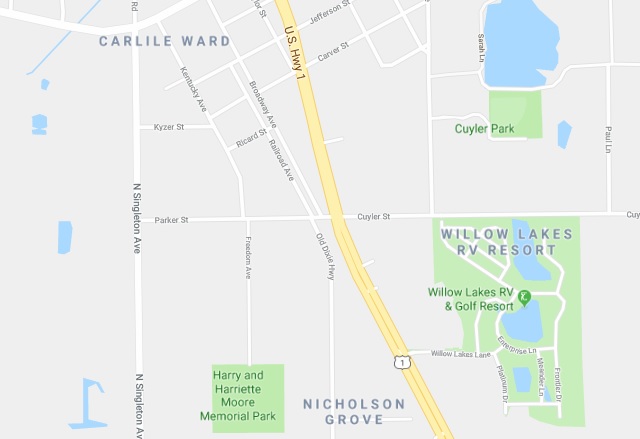 TITUSVILLE, Florida - A Brevard County man is is hospitalized in serious condition due to injuries he sustained in a hit-and-run crash that occurred Sunday night in Titusville, Florida.

According to the Florida Highway Patrol, two white males were driving a stolen 2015 Nissan west on Cuyler Street around 7:30 p.m. on Sunday, February 25, 2018.

The occupants of the stolen Nissan then fled on foot after the crash.

He was wearing his seat belt at the time of the crash, according to FHP reports.
Labels: news Titusville