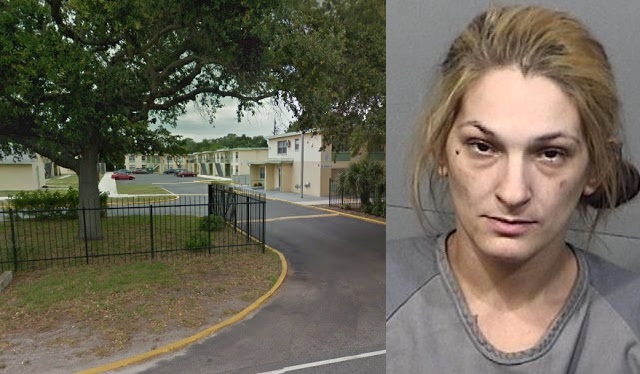 According to the Brevard County Sheriff's Office, 28-year-old Morgan Booth told deputies that she went to Tropical Manor Apartments with her boyfriend to buy some 'weed' around 3 p.m. on Sunday, January 28, 2018.

While at the apartment complex, Booth had an argument with an unknown female in front of the 'K' building. Booth then sat in the passenger seat of a black Chevrolet Impala rental car driven by her boyfriend. Just before the Impala left the parking lot, Booth allegedly exited the vehicle to obtain a silver handgun from the Impala's trunk.

Deputies say that Booth then returned to the passenger seat but left the car door open and fired several rounds at the 'K' building. An unknown person also fired rounds at the Impala, striking the vehicle's rear driver's side.

Booth was later arrested on the charges of Discharging a firearm from a vehicle, Shooting into an occupied dwelling, and violation of felony probation.

One man suffered non-life-threatening injuries during the second shooting. So far, no arrests have been made related to the second incident.
Labels: crime Merritt Island