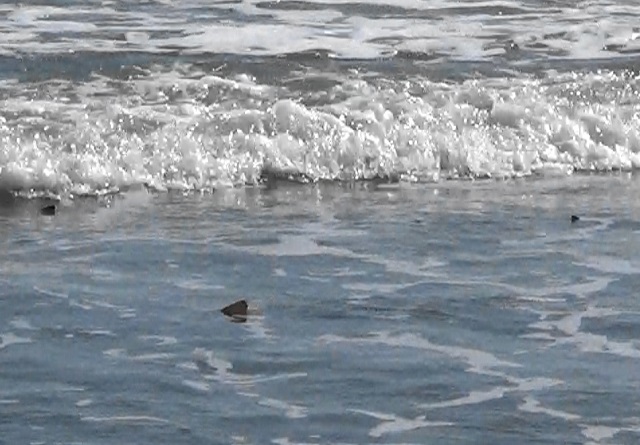 CAPE CANAVERAL, Florida - Three sharks were swimming in just inches of water around 1 p.m. on Sunday, February 11, 2018, off of Cape Canaveral, Florida.

The trio of sharks were approximately 3-feet-long and swimming just off of Jetty Park, a popular weekend destination for tourists and Orlando-area day-trippers.

All three sharks were yellow in color and appeared to have dorsal fins similar to the lemon shark species Negaprion brevirostris.

Their yellow coloring helps to camouflage the aquatic predator when seeking out prey along the Atlantic Ocean's sandy bottom.

Lemon sharks can grow up to 8 to 10 feet once they reach maturity.

According to the International Shark Attack File, lemon sharks were responsible for 10 unprovoked attacks in Florida and the Caribbean, a relatively low amount compared to other shark species.

Brevard County has the second-most number of shark attacks in Florida while neighboring Volusia County has the most.
Labels: Cocoa Beach Jelly Fish Ocean Shark