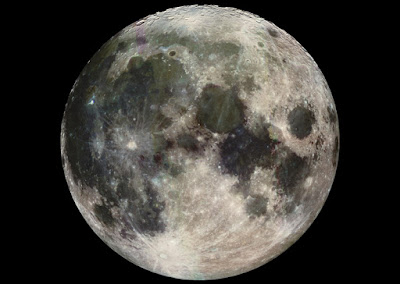 
The NASA video below tells everything you need to know about the December 10, 2011 lunar eclipse in  3 1/2 minutes.

This is the second lunar eclipse for 2011 which will occur on December 10.
For those living on the U.S. east coast, including Brevard County, Florida, the moon will set around 7:01 a.m. EST on December 10 before the full eclipse occurs.
The December 2011 lunar eclipse will reach full eclipse at 7:32 a.m. EST, and last 51 minutes.
Most Floridians, except those in the westernmost areas of the Florida panhandle, will also not be able to see the 2011 December lunar eclipse.
For U.S. sky watchers west of the Mississippi, the lunar eclipse will offer a spectacular copper red (sometimes referred to as blood red) lunar eclipse.
This lunar eclipse is rare in that a selenelion will occur, where viewers will be able to observe the lunar eclipse while also watching the sun rise from the east.
This rare optical illusion is caused by the refraction of light in the Earth's atmosphere, which will also make both the sun and 2011 lunar eclipse appear larger.
If that wasn't rare enough, add to it the 2011 Geminid Meteor Shower which peaks on December 13, 2011, and can be seen from anywhere in the continental U.S., Alaska, and Hawaii.
Although the best viewing time of the Geminid meteor shower is between 12am and 2pm,  some lucky viewers may catch a lunar eclipse, a selenelion, and straggling predawn Geminid shooting stars all at the same time.
But Brevard County residents won't be left empty handed, as the International Space Station will pass overhead on December 10, 2011 at 5:33 a.m. along with a full moon and the 2011 Geminid Meteor Shower.