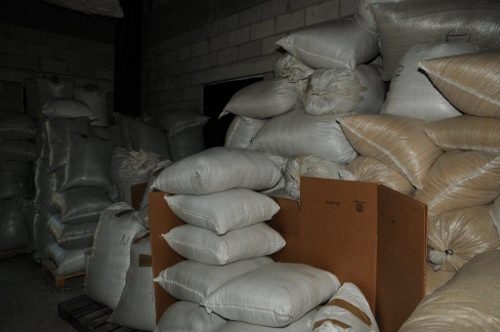 MELBOURNE, Florida -- On July 25, the Brevard County Sheriff’s Office and the Melbourne Police Department participated with the Drug Enforcement Administration in a nationwide operation dubbed 'Operation Log Jam' targeting the manufacture and distribution of synthetic marijuana and “bath salts.” 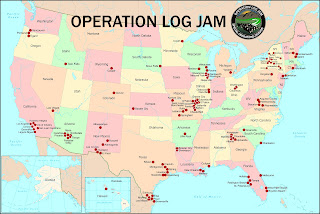 In Brevard County, six search warrants were executed at various locations, including a warehouses in Melbourne, residences and retail stores, where the suspected items were being sold and manufactured. 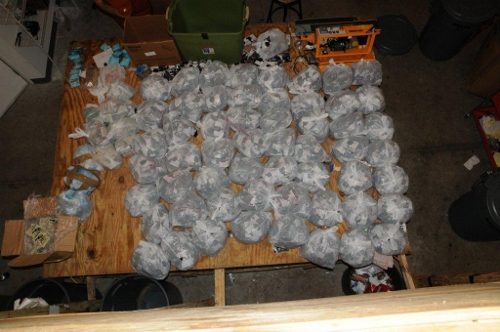 As a result of the local searches, the Brevard County Sheriff's Office says that 22,577 individual packages of synthetic marijuana and 8,363 individual packages of “bath salts” were seized.   In addition, over 10,200 pounds of plant material was seized that was being prepared for chemical treatment. The plant material, when combined with certain listed chemicals, is packaged and sold as synthetic marijuana.


At the time of the search, eight foreign nationals who allegedly maintain an illegal U.S. citizen status were arrested.  Law enforcement says that those individuals were being used to prepare and process the materials seized.  The Department of Homeland Security responded to the crime scenes and took custody of the individuals.

"This operation effectively removed thousands of pounds of thisnew poison from our streets," said Brevard County Sheriff Jack Parker.  "It is important to increase the public's awareness of the dangers associated with this garbage, which is specifically targeting our kids. I applaud the partnership with the DEA and US Attorney's Office to assist in the investigative efforts and prosecution.  Today is a strong first step in targeting the manufacturers, educating our parents and putting an end to this drug use."


Nationwide, more than 90 individuals were arrested and more than five million packets of finished designer synthetic drugs were seized in the first-ever nationwide law enforcement action against the synthetic designer drug industry responsible for the production and sale of synthetic drugs that are often marketed as bath salts, Spice, incense, or plant food. More than $36 million in cash was also seized.

“Although tremendous progress has been made in legislating and scheduling these dangerous substances, this enforcement action has disrupted the entire illegal industry, from manufacturers to retailers,” said DEA Administrator Michele M. Leonhart. “Togeter with our federal, state and local law enforcement partners, we are committed to targeting these new and emerging drugs with every scientific, legislative, and investigative tool at our disposal.”

Over the past several years, the DEA says there has been a growing use of, and interest in, synthetic cathinones (stimulants/hallucinogens) sold under the guise of “bath salts” or “plant food.” Marketed under names such as “Ivory Wave,” “Purple Wave,” “Vanilla Sky,” or “Bliss,” these products are comprised of a class of dangerous substances perceived to mimic cocaine, LSD, MDMA, and/or methamphetamine. Users have reported impaired perception, reduced motor control, disorientation, extreme paranoia, and violent episodes. The long-term physical and psychological effects of use are unknown but potentially severe.

These products have become increasingly popular, particularly among teens and young adults and those who mistakenly believe they can bypass the drug testing protocols that have been set up by employers and government agencies to protect public safety. They are sold at a variety of retail outlets, in head shops, and over the Internet.  However, they have not been approved by the Food and Drug Administration (FDA) for human consumption or for medical use, and there is no oversight of the manufacturing process.

Smokable herbal blends marketed as being “legal” and providing a marijuana-like high have also become increasingly popular, particularly among teens and young adults, because they are easily available and, in many cases, they are more potent and dangerous than marijuana.  These products consist of plant material that has been coated with dangerous psychoactive compounds that mimic THC, the active ingredient in marijuana. Just as with the synthetic cathinones, synthetic cannabinoids are sold at a variety of retail outlets, in head shops and over the Internet.   Brands such as “Spice,” “K2,” “Blaze,” and “Red X Dawn” are labeled as incense to mask their intended purpose.

While many of the designer drugs being marketed today that were seized as part of Operation Log Jam are not specifically prohibited in the Controlled Substances Act (CSA), the Controlled Substance Analogue Enforcement Act of 1986 (AEA) allows these drugs to be treated as controlled substances if they are proven to be chemically and/or pharmacologically similar to a Schedule I or Schedule II controlled substance.  A number of cases that are part of Operation Log Jam will be prosecuted federally under this analogue provision, which specifically exists to combat these new and emerging designer drugs.

There were no charges as related to the seizures in Brevard County - but the investigation is ongoing.

DEA has used its emergency scheduling authority to combat both synthetic cathinones (the so-called bath salts like Ivory Wave, etc.) and synthetic cannabinoids (the so-called incense products like K2, Spice, etc.), temporarily placing several of these dangerous chemicals into Schedule I of the CSA. Congress has also acted, permanently placing 26 substances into Schedule I of the CSA.

In 2010, poison centers nationwide responded to about 3,200 calls related to synthetic “Spice” and “bath salts.” In 2011, that number jumped to more than 13,000 calls. Sixty percent of the cases involved patients 25 and younger.

"This operation is just another example of the outstanding accomplishments that are possible with partnerships between federal, state and local law enforcement," said DEA Assistant Special Agent in Charge Jeff Walsh.  "DEA is very proud of the relationship we share with the Brevard County Sheriff's  Office in our continued efforts to address the illicit drugs that are plaguing our communities.  Sheriff Parker has an incredible team working to make your streets safe."


Anyone with information about the investigation is urged to call the Brevard County Sheriff’s
Office Special Investigations Division at 321-633-1216 or CRIMELINE at 1-800-423-TIPS (8477)
.