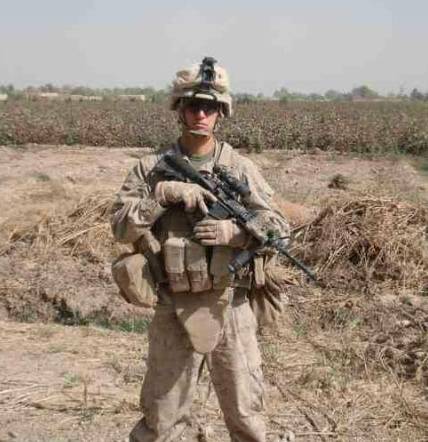 White was injured in August 2010 when his convoy was hit by a roadside bomb.  He suffered a grade III concussion, neck, back and leg injuries.  His unit was on a special security assignment at the time of the incident.

As a result of the injuries, White was medically retired on April 28, 2012.  He returned home to Palm Bay where he now resides with his wife and 3-year-old daughter.  “I am happy he is alive and now home back in Palm Bay where they can all be a family,” said Tracey Haskell-Russell, whose daughter is married to Cpl. White.  “It has been a long struggle for them throughout his military service but we are all very proud of him.”  The Purple Heart is awarded in the name of the President of the United States to any member of the United States Armed Forces who, while in the course of duty, is wounded or killed.