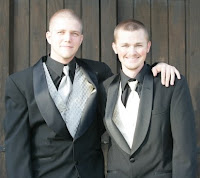 MELBOURNE, Florida -- The National Transportation Safety Board released its fact-finding narrative on November 27, 2012 regarding the plane crash that occurred at the Melbourne International Airport on February 29th, 2012.


On February 29, 2012, about 1701 eastern standard time, a Cirrus SR22, N544SR, was substantially damaged when it collided with terrain following an uncontrolled descent while maneuvering for landing at the Melbourne International Airport (MLB), Melbourne, Florida. The certificated private pilot and two passengers were fatally injured. Visual meteorological conditions prevailed, and no flight plan was filed for the personal flight, which was conducted under the provisions of Title 14 Code of Federal Regulations Part 91.


Review of air traffic control information revealed that there were several airplanes and a helicopter in the traffic pattern at MLB, performing simultaneous operations to parallel runways, around the time of the accident. About 1658, the accident pilot contacted the MLB air traffic control tower (ATCT) from a position 5 miles south of the airport, and requested a full-stop landing. The pilot was instructed to report when the airplane was on the downwind leg of the traffic pattern for runway 9 Right (9R). Shortly after, a Cirrus SR20, which was on an approximate 5-mile final approach for runway 9R, was cleared for a touch-and-go landing. At 1700:02, the controller advised that the pilot could either land on runway 9R, or extend the downwind leg for approximately 6 miles to follow a Cessna landing on runway 9 Left. The accident pilot responded, “9 right’s fine,” and requested a long landing in order to reduce taxi time to the fixed-base operator (FBO). At 1700:16, the ATCT cleared the accident airplane for landing on runway 9R.


A flight instructor and a student pilot were flying the Cirrus SR20 on final approach for runway 9R at the time of the accident. According to the instructor, his airplane was on a one-mile final when he heard the accident airplane announce a "short right base" for runway 9R. He assumed control of the airplane from his student, increased engine power, and began a "shallow climb/turn" to the left towards the grass infield between the parallel runways.


The flight instructor further stated, "[The airplane] was northbound on a right base for 9R. He began a 30-45 degree bank turn to the left in front of us at our one o'clock. I didn't have to make any abrupt maneuvers to avoid the traffic but I continued my turn/climb to the left and started to go-around…[The controller] was yelling at him on the radio. I don't remember the exact words but the more tower yelled, the more the aircraft yanked and banked. I then witnessed an accelerated stall, 90 degree bank angle with a one to two turn spin that ended up nose first into the ground."


The first officer of an airliner witnessed the accident from the cockpit of his airplane while parked on taxiway Alpha, facing west, while waiting for a takeoff clearance from runway 9R. He said the accident airplane was "about 200-300 feet AGL, appeared slightly fast, and in a right turn of 30-40 degrees of bank descending for the runway.” The airplane then made an "abrupt" left turn, while simultaneously leveling or "attempting to climb" and "clearly initiated an accelerated stall" about 150-200 feet above the ground. The airplane continued to roll left until inverted, and then descended nose-down to ground contact.

The first officer, as well as other witnesses who gave similar accounts, observed the Cirrus Airframe Parachute System (CAPS) deploy from the airplane prior to ground contact.


According to FAA records, the pilot held a private pilot certificate with a rating for airplane single engine and instrument airplane. His most recent third-class FAA medical certificate was issued on June 24, 2010. He reported 365 total hours of flight experience on that date.


A review of the pilot’s logbook revealed that he had logged 515 total hours of flight experience, of which 296 were in the accident airplane make and model. The logbook showed that the pilot’s last biennial flight review was conducted on April 30, 2009.


According to FAA records, the airplane was manufactured in 2007. It was a four-seat, low-wing airplane of composite construction that was equipped with a Teledyne Continental IO-550-N, 310-hp reciprocating engine. The airplane’s most recent annual inspection was completed in August 2011, at which time the airframe had accumulated 1,250 total hours.

An Avidyne Primary Flight Display (PFD) and Multifunction Display (MFD) were recovered from the wreckage and forwarded to the NTSB Recorders Laboratory in Washington, DC.


An NTSB recorders specialist downloaded the data from both displays and prepared a Specialist's Factual Report. According to the report, the engine and flight data were consistent with the airplane descending on a northerly heading. During the last minute of the flight, the airplane was descending at about 500 feet per minute, as it slowed to about 100 knots airspeed.


At 17:00:56, engine rpm increased from about 1,500 to 2,000 rpm, and the airplane rolled left until it was inverted. At 17:00:59, the airplane began to pitch down, and reached an approximate 65-degree nose-down attitude and about 2,000 feet-per-minute rate of descent. The last data was recorded on the airplane at 17:01:04. Neither autopilot nor flight director were used during the accident flight.

The airplane was examined at the accident site on March 1, 2012, and all major components were accounted for at the scene. The wreckage all closely surrounded the initial impact crater. The three-bladed propeller was buried in the crater, and separated from the engine at the propeller. Once unearthed, one blade was found separated, and two blades remained in the hub. All three blades displayed similar aft bending, leading edge gouging, and chordwise scratching. The engine was removed from the crater, separated from the wreckage, and moved to a hangar for examination.


The engine compartment, firewall, instrument panel, and cockpit and cabin area were all destroyed by impact. The empennage and tail section remained largely intact. Control cable continuity was established from the flight control surfaces in the tail to the cockpit area. Control cable continuity could not be established to the control surfaces in the wings due to multiple cable breaks; however, all cable breaks displayed signatures consistent with overload failure.


The CAPS parachute was found deployed, and entangled in the wreckage. Witness statements and the location of the CAPS components at the wreckage site were consistent with a low-altitude deployment.


The engine was examined at MLB on March 3, 2012. The engine was rotated through the secondary alternator drive pad, and approximately 180 degrees of rotation was achieved. Rotation was limited by impact damage to the crankshaft at the propeller flange, and several bent pushrod housings. The crankshaft separation exhibited overload signatures with cracking perpendicular to the longitudinal axis of the shaft. Fuel was observed at the fuel pump outlet, and inside the pump. The fuel manifold valve was removed, and disassembly revealed several ounces of fuel inside. All fuel was absent of water and debris.


The upper spark plugs were removed, and the electrodes were intact and ashen in color. A borescope examination of all six cylinders revealed normal wear, and no abnormal deposits. Both magnetos were removed, and the right magneto produced spark at all six towers. The left magneto was impact damaged, and could not be rotated. Disassembly revealed that the magneto driveshaft was bent by impact.


The oil pump displayed normal function when the engine crankshaft was rotated. The pump was removed, and the oil captured was clear and absent of debris. The interior of the oil pump housing did not reveal any evidence of hard particle passage.


According to FAA-H-8083-25, Pilot’s Handbook of Aeronautical Knowledge:


“Center of Gravity (CG). The CG location has a direct effect on the effective lift and AOA [angle of attack] of the wing, the amount and direction of force on the tail, and the degree of stabilizer deflection needed to supply the proper tail force for equilibrium. The CG position, therefore, has a significant effect on stability and stall/spin recovery. As the CG is moved aft, the amount of elevator deflection needed to stall the airplane at a given load factor will be reduced. An increased AOA will be achieved with less elevator control force. This could make the entry into inadvertent stalls easier, and during the subsequent recovery, it would be easier to generate higher load factors due to the reduced elevator control forces. In an airplane with an extremely aft CG, very light back elevator control forces may lead to inadvertent stall entries and if a spin is entered, the balance of forces on the airplane may result in a flat spin. Recovery from a flat spin is often impossible. A forward CG location will often cause the stalling AOA to be reached at a higher airspeed. Increased back elevator control force is generally required with a forward CG location.


“Weight. Although the distribution of weight has the most direct effect on stability, increased gross weight can also have an effect on an aircraft's flight characteristics, regardless of the CG position. As the weight of the airplane is increased, the stall speed increases. The increased weight requires a higher AOA to produce additional lift to support the weight.