COCOA BEACH, Florida -- According to the latest statistics from NOAA’s National Climatic Data Center, the average temperature for the contiguous United States for 2012 was 55.3° Fahrenheit, which was 3.2° Fahrenheit above the twentieth-century average and 1.0° Fahrenheit above the previous record from 1998.  The year consisted of the fourth-warmest winter, a record-warm spring, the second-warmest summer, and a warmer-than-average autumn. 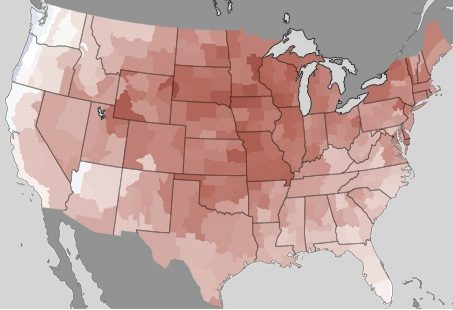 Each state in the continental U.S., except Washington, had at least one location experience its warmest year on record.  One notable warmest year record occurred in Central Park, in New York City, which has a period of record dating back 136 years.

VIDEO: Thousands of vacationers flocked to the beach on Florida's Space Coast for the 2012 4th of July weekend to beat the Florida heat that feels like 100 degrees when humidity and lack of wind are factored into the 90 degree temperatures.  BREVARD TIMES / FILE