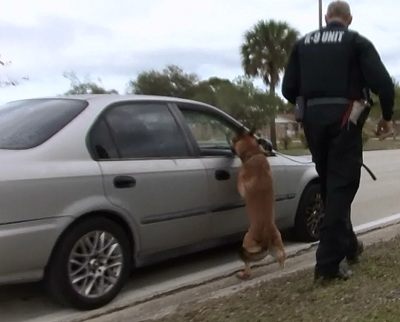 The operation used the resources of both agencies and included more than one dozen officers and detectives.  The mission was an attempt to locate narcotics, and other illegal activity through probable cause traffic stops within the corridor.

The day-long operation yielded a total of 43 traffic stops, 8 arrests, 13 traffic citations and 8 written warnings.  The arrests included narcotics related crimes, driving while license suspended and in one case, a violation of community control involving a homicide.

“Babcock Street is known to be a high drug traffic corridor in our city.  We statistically run data over the strip and we found that 60% of our drug arrests have come from this roadway,” said Sgt. John Chapman of the Melbourne Police Department who coordinated the operation. “Whenever we do a large scale operation along these lines it typically subdues the amount of drugs in the area. It also has the effect that lets people know we are out here, they see the high enforcement in the area and it keeps people in general from trying to bring drugs into the area.”

The Melbourne and Palm Bay Police Departments say they will continue to work together in joint enforcement operations in an attempt to reduce crime and improve the safety and quality of life in both cities.