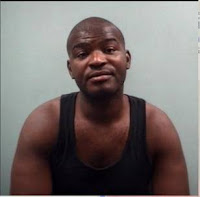 COCOA, Florida --  Cocoa Police Investigators have just confirmed that homicide suspect Marcus Antonio Royal has turned himself in to police in Virginia.  Royal has been sought by police following the murder of 82-year-old Faye Jones of Cocoa on Sunday morning.
According to information obtained by the Cocoa Police Department, Royal walked into the Richmond, Virginia Police Department and handed his ID the Chief of Police, who was in the lobby at the time.  Royal told the Chief that he was wanted in Florida for murder.
Police identified  33-year-old Royal as the suspect who was caught on bank surveillance cameras allegedly attempting to use Jones' bank cards in Seminole County, Florida.

At approximately 8:00 a.m. on Sunday, a suspect entered the home of 81-year-old Faye Jones at 1311 N. Fiske Boulevard and brutally attacked, then murdered, Ms. Jones.


A neighbor entered the residence a short time later and apparently interrupted the crime, said Matthews. The neighbor was also attacked and was later airlifted from Clearlake Middle School to Holmes Regional Medical Center in Melbourne, Florida. 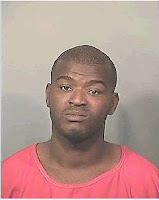