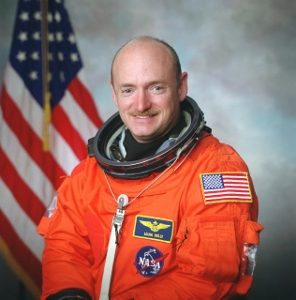 TUCSON, Arizona -- Former Space Shuttle Astronaut Mark Kelly, the husband of Congresswoman Gabrielle Giffords who survived a shooting in Tucson, Arizona, attempted to purchase an AR-15 rifle at a gun store near his home earlier this month.

After making the purchase, Kelly, an outspoken gun control advocate, posted the following message on his Facebook page on March 8, 2013:

"Looks like the judiciary committee will vote on background checks next week. I just had a background check a few days ago when I went to my local gun store to buy a 45. As I was leaving, I noticed a used AR-15. Bought that too. Even to buy an assault weapon, the background check only takes a matter of minutes. I don't have possession yet but I'll be turning it over to the Tucson PD when I do. Scary to think of people buying guns like these without a background check at a gun show or the Internet. We really need to close the gun show and private seller loop hole."

After the gun store owner caught wind of Kelly's intent to use the purchase at his store as a political stunt, the owner terminated the sale to Kelly before he took possession of the rifle and issued the following statement on his Facebook page yesterday:

“While I support and respect Mark Kelly’s 2nd Amendment rights to purchase, possess, and use firearms in a safe and responsible manner, his recent statements to the media made it clear that his intent in purchasing the Sig Sauer M400 5.56mm rifle from us was for reasons other then for his personal use. In light of this fact, I determined that it was in my company’s best interest to terminate this transaction prior to his returning to my store to complete the Federal From 4473 and NICS background check required of Mr. Kelly before he could take possession this firearm. A full refund was sent to Mr. Kelly, via express mail, on Thursday of last week.


The Sig Sauer rifle will be donated to the Arizona Tactical Officers Association where it will be raffled off to generate funds the association can use to purchase much needed tactical equipment for the organization’s members. The A.T.O. A. represents the SWAT and Special Response officers of the state’s law enforcement community who regularly place their lives on the line to protect the residents of this state.


Additionally, Diamondback Police Supply will make a $1295.00 contribution (the selling price of the M400 rifle) to the Eddie Eagle GunSafe Program that teaches children, in pre-K through 3rd grade, four important steps to take if they find a gun. The emphasis of the program is on child safety, something that is important to all of us and at the core of the current debate on gun control,” stated Douglas MacKinlay, Owner/President, Diamondback Police Supply Co., Inc."

Did Central Florida Benefit From An Obama Administration Conspiracy Known As 'Project Gunwalker'?