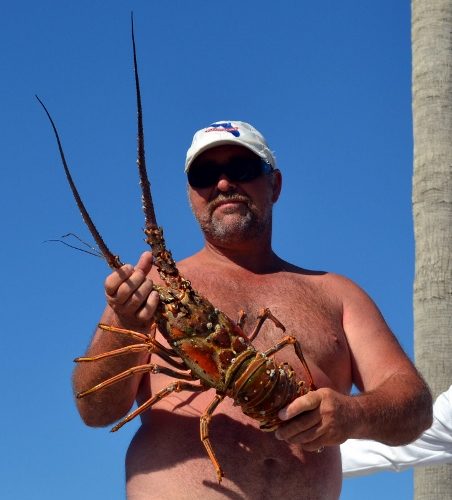 PORT CANAVERAL, Florida -- Atlantic vermilion snapper and several species of Gulf of Mexico grouper will be back on the list of fish that recreational anglers in state waters can take home for dinner starting April 1.  The first day of the spiny lobster closed season is also April 1.

Vermilion snapper that are 12 inches total length or longer will be open to recreational harvest in state waters of the Atlantic through Oct. 31.  State waters in the Atlantic are from shore to three nautical miles out. Anglers may take up to five fish per day in Atlantic waters; however, the captain and crew of for-hire vessels may not keep the daily limit.

The spiny lobster recreational and commercial season closes to harvest in state waters starting April 1 and will reopen Aug. 6.  The 2013 Florida Spiny Lobster Sport Season, also known as the 'Mini-Season', will take place on July 25 and 26.

Gulf of Mexico grouper species that will open to harvest in state waters include red, black, yellowfin, yellowmouth, rock hind, red hind and scamp. This harvest season will remain open through Jan. 31. State waters in the Gulf are from shore to nine miles out. State waters off Monroe County are included with the Atlantic seasons and are currently closed to harvest through April 30.

Gulf of Mexico gag grouper will also open to harvest April 1 in state waters off the following counties only: Franklin, Wakulla, Jefferson and Taylor, including all waters of the Steinhatchee River, Apalachicola Bay and Indian Pass. This season will remain open through June 30, with the first day of the closure being July 1. Gag grouper will be open to recreational harvest in the rest of Gulf state waters (not including Monroe, Franklin, Wakulla, Jefferson and Taylor) from July 1 through Dec. 3. The season in Gulf of Mexico federal waters also opens July 1 and will close when the annual catch target is projected to be met, which is expected to be sometime between Nov. 11 and Dec. 3.


Florida Tax Money For A Bass Pro Everywhere We Go?