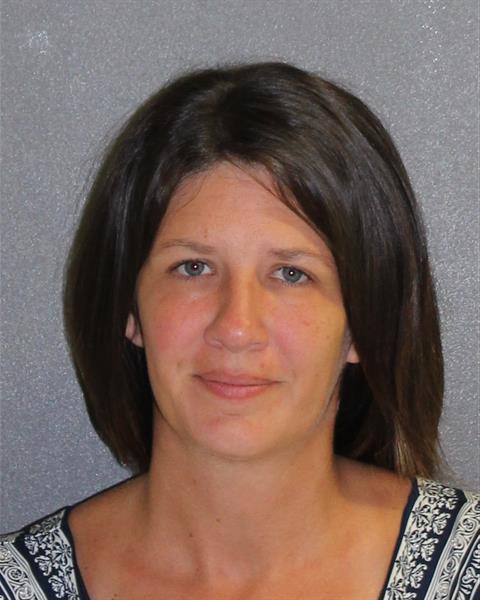 ORMOND BEACH, Florida -- Volusia Sheriff's deputies say that it started with a $1,000 discrepancy in the company’s financial records. But by the time the Volusia County Sheriff’s Office had completed its investigation, an accountant for a camper sales business in Ormond Beach stood accused of stealing nearly $170,000 from her employer over a three-year period.

Last Thursday, the investigation culminated in the arrest of 37-year-old Steffani Lariscy. With a warrant for her arrest, Lariscy was tracked down by Sheriff’s deputies in Iredell County, North Carolina.  Her arrest came about a year after the investigation was launched.


The owner of Robbins Camper Sales initiated the complaint against Lariscy back in March 2012, after he had allegedly discovered an irregularity in his financial records connected to the sale of a camper. The $11,000 sale was made on Feb. 22, 2012, and the customer paid in cash. Lariscy was supposed to deposit the money the next day into the business’ bank account.

But while reviewing the company’s business records, the owner said he discovered an entry indicating a $10,000 deposit. When he checked with the bank in an effort to reconcile the discrepancy, the owner discovered that the deposit was allegedly never made.

The owner confronted Lariscy about the missing money. At first, Lariscy allegedly said she didn’t know anything about it, but promised to look into the matter.  A short while later, when the owner went to retrieve a hand-written deposit slip from his deposit registry to show it to Lariscy, it had allegedly been torn out of the book.

The owner then confronted Lariscy a second time, and this time she allegedly admitted to taking the missing money. She said that she needed the money to help with her divorce and that she was planning to pay it back. But when the owner told her that he was planning to report the incident to law enforcement, Lariscy took off. The initial responding deputy called Lariscy on the phone, but she denied knowing anything about the missing money. So the case was turned over to Sheriff’s investigator Lance Lamee for follow-up.


Meanwhile, in light of the initial discrepancy, the owner decided to audit his financial records by reviewing prior sales and business transactions to compare them with bank deposit slips. After the review, he reported to the Sheriff’s Office that significantly more money was missing than first thought. Led by Lamee, Sheriff’s investigators executing a court order seized bank records and other financial documents from Lariscy’s Orange City home. The seized records revealed a complex network of about a dozen financial institutions where Lariscy had accounts.

Investigator Lamee subpoenaed the financial records for all of the banks for a nearly three-year period between April 2009-February 2012. The records were then analyzed by two accountants and a fraud examiner. Last month, the audit team revealed that the total amount of money that they were able to document as being misappropriated from the business totaled $169,822.63. Also during the investigation, an anonymous tipster told Sheriff’s investigators that Lariscy had a lot of unexplained cash at her house and had been bragging about it. The tipster also said that Lariscy had bought some new furniture and also had spent $7,000 on breast implants.

Based on the findings, investigator Lamee obtained an arrest warrant last week from Circuit Court Judge Frank Marriott charging Lariscy with grand theft. The Sheriff’s Office’s warrants division and intelligence unit then reached out to North Carolina authorities to ask for their help in locating Lariscy. The efforts led to Lariscy’s arrest on Thursday. Her bond has been set at $100,000.
Labels: Florida Florida Woman Volusia