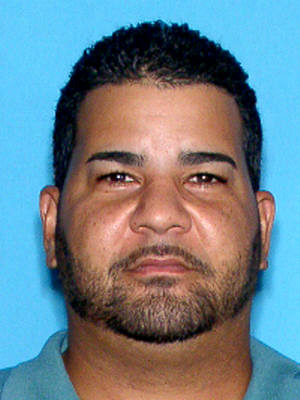 At approximately 6:15 p.m. on Thursday, Palm Bay patrol officers responded to 2861 Shownda Avenue NE, unit B, after dispatchers received a call from a friend of the victim who reported he just found Santiago dead on the floor inside his home.

The friend reported to police that he had attempted several times during the day on Thursday to contact Santiago and, after being unable to get in touch with him, decided to go to his home on Shownda Avenue. Detectives and crime scene technicians responded to the home and found evidence of a struggle and other suspicious circumstances.

The Brevard County Medical Examiner is currently conducting an autopsy in order to determine the cause of death. Meanwhile, detectives are working to identify and interview family members, friends and known associates - especially those that had recent contact with the victim. Detectives are also attempting to better define the victim’s last known movements with special attention towards anyone that had contact with him prior to midnight on Thursday morning.

Anyone with information is asked to contact the Central Florida CRIMELINE at 1-800-423-TIPS. Callers can remain anonymous and can be eligible for cash rewards of up to $5,000 in this case.