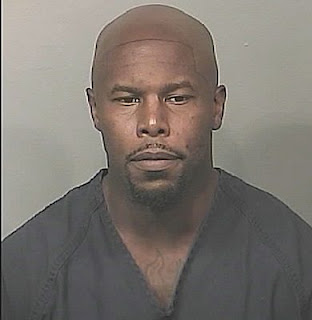 The Sheriff's Office Fugitive Unit received information earlier today that Edwards was suspected to have been involved in an early-morning disturbance in Cocoa.  Agents then responded to the area of Tate Street in Cocoa where Edwards was seen.

When approached by agents, Edwards ran into an unoccupied residence where he allegedly refused to comply with demands to surrender. Agents then used a taser on Edwards and arrested him without further incident.  He was later transported to the Brevard County Jail Complex under a "no bond" status for the active warrant, burglary and resisting without violence.

The Sheriff's Office said in a release that Edwards has an extensive criminal history and was released from the Department of Corrections in January 2013.

“Today our Fugitive Unit removed another violent criminal from the streets of Brevard County," said Sheriff Wayne Ivey.  "The message is very clear, there is no place in our communities for career offenders who refuse to abide by the law.”