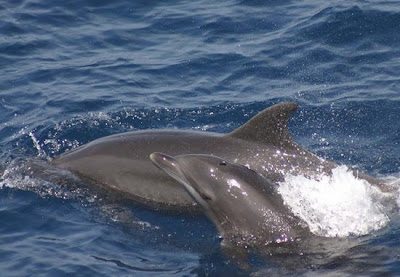 Just weeks after an Unusual Mortality Event (UME) was declared for bottlenose dolphins dying in the Indian River Lagoon System along the east coast of Florida, another UME has been declared for dolphins and whales (cetaceans) in the northern Gulf of Mexico (Texas/ Louisiana border through Franklin County, FL) from February 2010 through the present. 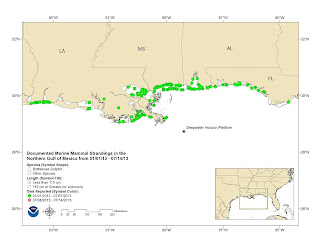 In addition to investigating all other potential causes, NOAA fisheries scientists are investigating what role Brucella bacteria may have in the Gulf UME. Since finding Brucella in five stranded dolphins from Louisiana, scientists have been concentrating testing on cases that show pathological changes consistent with the fetal pneumonia or adult meningitis identified in the first five cases. So far, 27 out of 107 dolphins tested to date were positive or suspect positive for brucella. 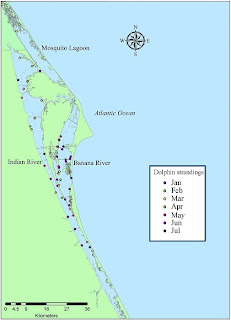