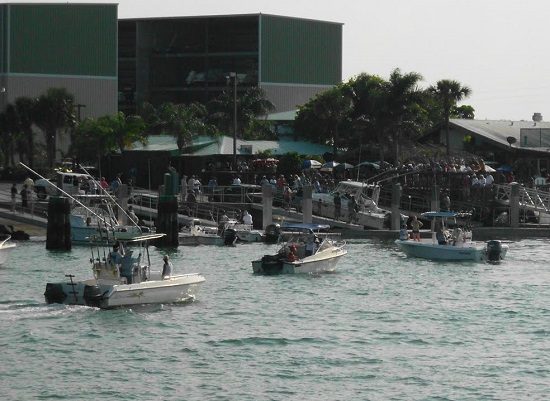 I have met with John Walsh and Diane Denig concerning the location of a new cruise terminal where the Freddie Patrick Park and boat ramps are currently located. While I am grateful that your staff reached out to me for input, the feeling I get is that a decision has already been made to proceed with this cruise terminal. In fact, the Port website stated that the board had already approved such a facility.

“During the July Commission meeting, the Canaveral Port Authority Board of Commissioners unanimously approved building a new $75 million cruise terminal and parking garage to accommodate new 6,000-passenger megaships just east of the Cove area where the current boat launch facilities are located.”

This statement has since been modified on your website, when I pointed out to staff that this location had not been put to a vote.

This is a significant decision to be made. The insistence that it has to be made immediately does not seem prudent, and the misinformation given to our local citizens and fishing community is prompting my letter to you. Whether this was an overzealous position of staff, or just a simple mistake, is unknown. Had this “misprint” not been pointed out, the boating community and our local dining and Cove patrons, would have operated under the assumption that this location was set in stone, that they had no further say in the matter, other than secondary ramp locations. Correct me if I am wrong, but a final decision concerning this drastic change to Port Canaveral, rests with its governing body of commissioners elected by the local population. It does not rest with staff, a consulting firm, or any other outside interests?

Commissioners were given a presentation at the July meeting that stated why the Freddie Patrick Park was the most viable location for a new cruise terminal. I feel some very important issues were either, not thought of, ignored, or glossed over.

1. North Cargo Berths 5 or 6 could accommodate these enormous ships far better than any other site currently considered. The Port talks constantly about best use of land and waterfront. A consulting firm is using this argument to propose eliminating the central boat ramps. It is admitted however, that the Freddie Patrick site cannot accommodate the largest cruise vessels on the horizon. The average cargo ships that call on Port Canaveral are tiny in comparison. Why place them where a mega cruise ship will actually fit? Why is this, the “favored plan” over North cargo piers 5 and 6. This plan removes an existing, fully functioning, South Cargo 5 dock, and crams an oversized passenger ship where it really does not really fit or belong. It destroys an already built, much used park and launch facility that the public has grown comfortable with for over 40 years in the process. This plan has not even addressed the real costs, permitting, and time frame of relocating this park and launch facilities. All this when the North Berths are already dredged and built, and have plenty of vacant land just waiting to have a terminal constructed! Why waste this large berth potential, when it is so easy to accommodate smaller cargo vessels at existing smaller docks. This is not the best use of Port resources, nor does it maximize future revenue potential. Your pilots also agree that docking challenges with these mega ships, are much better met on the North side berths, adjacent to the west turning basin. Time and channel congestion are greatly increased when docking ships of this size at the center of the Port.

2. The Port is nearing completion of its welcome center and in the process of finalizing plans for an amphitheater in the same vicinity (amphitheater size yet to be determined). These facilities that are not even opened yet, but are touted to bring thousands of new visitors to Port Canaveral. Accurate numbers will not be determined until opening. Now, before real traffic flows can be established, the Port is going to approve locating a 6000 passenger cruise ship adjacent to this project, on an already crowded George King Blvd? Traffic is occasionally backed up to 528 now. What about all the special events the Port hopes to attract to the cove in the future with these new facilities. Is this traffic situation something our local patrons to the cove and residents of Cape Canaveral will be grateful for? How does local DOT feel about this?

3. Having spent millions on the new welcome center viewing tower, would it not be a much more aesthetically pleasing to be looking at a beautiful new mega cruise ship, instead of a rusty cargo vessel on the North side? Would this not be a selling point to any potential cruise line customer for this berth. In addition, what confusion will be created by not locating this new mega ship on the North side, where the majority of your cruise ships are berthed now, where millions of the cruising public has already embarked from in the past. Day sailing ships on the south side, and extended trips on the North, are an established norm. Why confuse your cruising patrons and frustrate your local residents? Look at any existing cruise port in this country…why are the cruise ships and passenger terminals grouped together in a specific area of the individual ports. I would argue that it just makes logistical sense for passenger traffic flow, security issues and stevedoring requirements.

4. Glossed over at the July presentation, was the security buffer issue with these ships. A 300 foot rule exists now. This is an impossible distance to maintain at the center of the Port, 100 feet from a restaurant and marina, at one of the narrowest places in the Port channel. Staff seemed to indicate this requirement would just go away…Will it? Should it? What happens if there is, God forbid, another significant terrorist event in this country. How will adjustments be made to this docking situation, and the mix of private vessels in its proximity. The West basin is closed to pleasure boats when occupied by cruise ships now. This does not hinder boat traffic and provides security to the berthed cruise ships and its passengers. Is it not foolish to be complacent about security issues in this world we live in. Security issues for a high profile mega cruise ship? Cargo ships do not need this level of security. Again, the North Cargo Berths 5 and 6 offer secure dockage, separated from private boats, that does not exist at a Port channel wall location.

5. Relocating the existing boat ramps at Freddie Patrick Park completely changes the dynamic of the boating community and its interaction with the Cove area. So many of our local residents use these centrally located ramps for a day of fishing, then meet up with non-fishing family and friends at the ramps to dine in the cove. In addition to this daily use, offshore fishing tournaments and racing events are a key component of the Cove dynamic. Millikens, Rustys, Fishlips and Grills all sponsor and host a fishing tournament or multiple tournaments throughout the summer. This is a huge part of what the Port is to this community. Key to these events, public interest in them, and logistical ease to run them, is the centrally located boat ramps. It is this local draw that makes this area attractive to tourists as well. Arguments put forth for the two alternate sites do not really look at this public impact, nor do they address the real drawback to these locations. The site West of the 401 bridge would create a bottleneck of boat traffic sandwiched between the drawbridge and Canaveral locks, at what is the narrowest part of the Ports channel. The other location at the East side of the Port, near Jetty Park, is ill planned for multiple reasons. Swell incursions are at times significant at this part of the Port. Vessel wakes are always present. This would create an extremely unsafe and difficult trailering situation regardless of the configuration. The most critical oversight, is a bottleneck of boats at the mouth of the Port. Movements of ships and submarines would be in constant conflict with the hundreds of pleasure boats that currently access the Atlantic via the Port ramps. This is not wise planning, it is not highest and best use, and does impact the future development potential of CT 3,4,5.

As a resident and user of Port Canaveral for my entire life, I share above concerns with many other residents I have spoken to. As a business owner and tenant in Port Canaveral since 1994, I have additional concerns. Grills has become an unbelievable part of this local community…so much so, I feel it is foolish to even call it mine. In many ways it does belong to the local public…they certainly have made it what it is. Locating a mega cruise ship at the Freddie Patrick Park places the stern of a 20 story ship in the face of our customers. I have spoken to many of them already…they are in shock. What this will do to our atmosphere and view is obvious to them. What it will mean to our overall business revenue is a coin toss. There was a flippant comment made at the last commission meeting…“this is going bring so much money to the cove merchants, the Port could now raise rates to these leaseholders.” This is an interesting mindset. This has not been the mindset of Grills. We have not operated our restaurant here for over 16 years with the primary focus on how much money we can make. Should this be the mindset of Port Canaveral? I don’t think so…but ask your voters. Revenues are important. But I believe any entity that looks primarily at revenue potential, will ultimately miss the big picture. As to how great locating a ship here would be for the cove merchants? Cruise ship passengers have all the free food they can eat. Yes we may sell them a few beers and some trinkets, but with all the above mentioned reasons, we may in fact, drive our local population away. This local population accounts for 80% of our business. They are what makes Grills successful and the Cove what it is.

I can only ask that you seriously consider the ramifications of this decision. Port Canaveral is a strategically located, embarkation cruise port. Local business outside the Port, Cove merchants and local residents, are benefiting from the cruise traffic that exists here. It is working and working better than ever. The rare, fragile balance, between local population interests, and a fully functioning cruise and cargo facility has been established. It is truly a wonderful place to visit for locals and tourists. There is plenty of room for well thought out growth, larger ships, and the subsequent revenue increases this generates. Nobody denies this is good for the area.

What Port Canaveral is not, and should not try to be, is a Nassau, Cancun or even Key West. South side infrastructure and local interests would not handle it well. Trying to make this embarkation facility, a destination port of call, with the enormous potential of the aforementioned disruptions to this local community, is not wise planning. The fragile balance of success, that does exist here, should not be placed at risk by this Canaveral Port Authority.

Thank you for your time.