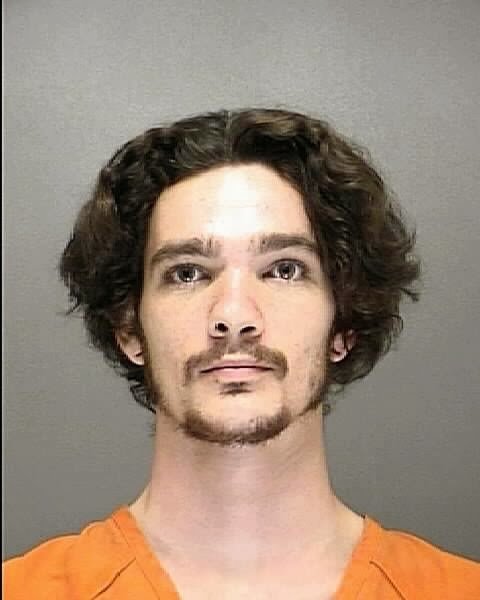 ORMAND BEACH, Florida -- An Ormond Beach man had quite an adventure early Saturday morning. Volusia Deputies say that he was kicked out of a bar, attempted to break into a closed grocery store and successfully got into a department store through a rooftop air conditioning conduit. However, Eric Willard, 23, didn't remember very much about the escapades when he was arrested for burglary by the Volusia County Sheriff's Office Monday afternoon. He apparently had been very drunk, deputies say.

Willard's first contact with the Sheriff's Office Saturday was shortly after midnight when he got into a loud argument with his mother while they were at Peckers Pub near Ormond Beach.  The pair was escorted out of the bar, but they banged on the doors and attempted to get back inside. A deputy responded and gave them trespass warnings.


Willard's next stop was the Ormond Beach Mall at 1250 Ocean Shore Blvd. He allegedly walked up to the sliding glass doors of the closed Publix there and tried prying them apart without any luck. He kicked and rammed shopping carts into the doors but eventually gave up, deputies say. Moving around to the back of the building, he then climbed to the roof of the neighboring Bealls Outlet. Once up there he allegedly pried open an air conditioning panel and crawled through a conduit until he fell through the ceiling into the store. Willard then exited through a rear door without taking anything. Deputies responded to the activated alarm moments later but didn't find anyone at the time.


However, the deputy who had given Willard the trespass warning at the bar recognized the man shown in the stores' surveillance videos. Willard was arrested Monday afternoon and booked into the Volusia County Branch Jail in Daytona Beach, Florida.