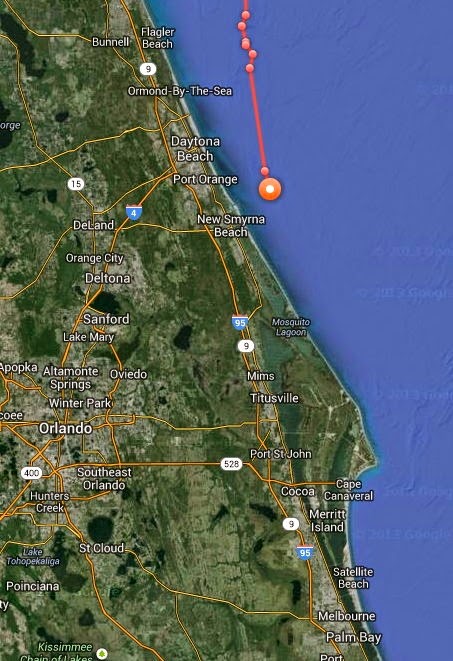 DAYTONA BEACH, Florida -- A great white shark weighing over 2,000 pounds that was tagged with a radio transponder to be tracked by satellite has had its latest ping locations off the coast just south of Daytona Beach, Florida.

The 14-foot great white shark, named Katharine, that was tagged off Cape Cod last August, has steadily been making her way southward along the U.S. Atlantic Seaboard.  Katharine now remains just off the east Central Florida coast since May 8, 2014.

According to NOAA fisheries, female great white sharks are believed to be mature when they are about 13-14 feet and can reach sizes up to about 21 feet in length.
Great white sharks can be found off the Atlantic coast of the United States from as far north as Newfoundland, Canada, to  as far south as the east coast of Florida - but rarely go into the Gulf of Mexico.