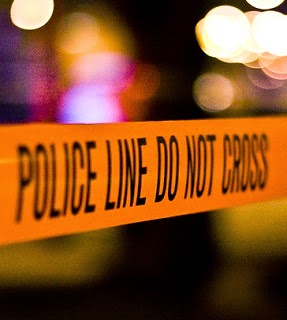 MELBOURNE, Florida --  A utilities truck driver who was cleaning storm drains along the northbound lanes of South Harbor City Boulevard in Melbourne has died after being electrocuted by power lines and later struck by two motorcycles.

At 10:43 p.m. on Thursday, the Melbourne Police Department responded to 440 South Harbor City Boulevard following a report of two motorcycles striking a pedestrian in the southbound lanes.  When officers arrived, they discovered the pedestrian had been operating a large utilities truck while conducting the cleaning of storm drains along the northbound   lanes of South Harbor City Boulevard.

Police say that the large boom on the top of the truck struck overhead power lines as the driver drove northbound which caused the power lines to break away from the poles.  The downed power lines then fell across both lanes of South Harbor City Boulevard.  According to police, the driver of the truck then exited the vehicle and attempted to pick up the energized lines without safety gear.  The driver was immediately electrocuted and propelled across the roadway into oncoming southbound traffic.

Two Harley Davidson motorcycles driven by 48-year-old Robert Vipperman, III of Palm Bay and 47-year-old John Wallace of West Melbourne then struck the victim.  The victim was pronounced deceased at the scene and the cause of death is undetermined this time. Both Vipperman and Wallace were treated at Holmes Regional Medical Center for non-life threatening injuries.

The victim’s name is being withheld by police pending the notification of his family. Police say that no charges will be filed in this case and the investigation is ongoing.
Labels: Melbourne