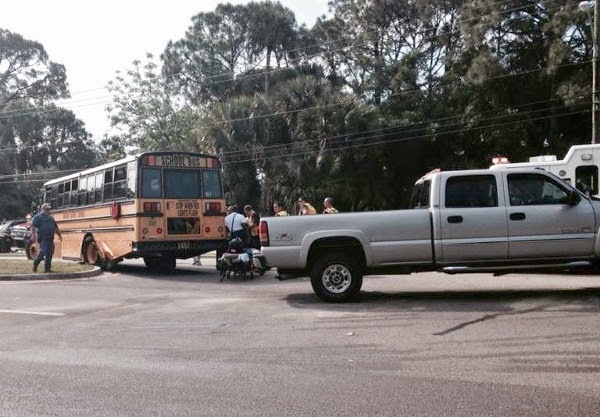 PALM BAY, Florida -- A Brevard County Public Schools bus with twenty-eight schoolchildren on board was involved in a crash with a pickup truck near the intersection of Emerson Drive NW and Furth Road NW in Palm Bay, Florida just after 9 a.m. on Monday. The bus was en route this morning to Central Middle School in West Melbourne, Florida.

Witnesses told police that the driver of the school bus was attempting to turn onto Eastbound Emerson from Furth Road and pulled in front of an oncoming pickup truck that was heading westbound on Emerson. The bus driver is identified as 73-year-old George Christensen. Christensen was issued a citation for failure to yield the right-of-way, according to the Palm Bay Police Department.