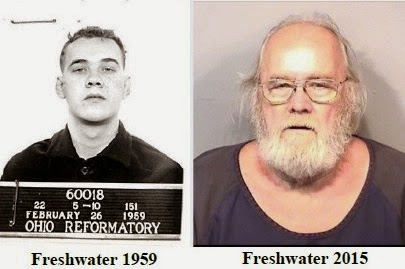 MELBOURNE, Florida - After 55 years on the run, the Brevard County Sheriff's Office GAMEOVER Task Force has arrested a fugitive who escaped from the Shawshank State Prison in Ohio in 1959.

79-year-old Frank Freshwater was arrested Tuesday afternoon at 1200 Jones Road in Melbourne, Florida after information was received by the Brevard County Sheriff's Office from the Cold Case Unit of the U.S. Marshall’s Northern Ohio Violent Fugitive Task Force that Freshwater might be staying in the Melbourne area.

Freshwater was arrested on a fugitive from justice warrant that charged him with escape. He was transported to the Brevard County Jail in Sharpes, Florida on a no bond status where he will await extradition back to Ohio.

Freshwater was initially incarcerated at the Ohio State Reformatory (also known as the Shawshank State Prison) and later escaped from the Sandusky Ohio Honor Farm in 1959 after serving 7 months of a 20-year sentence for violating the terms of his probation for a prior manslaughter conviction.

Freshwaters was the driver of a car that fatally struck a pedestrian in July 1957 and pleaded guilty to voluntary manslaughter with a suspended sentence of 1-20 years in prison along with five years probation, Reuters reported.

Living under the alias of William H. Cox, Freshwater had lived in several states, working as a truck driver, before settling in Brevard County, Florida.

Investigators believe that Freshwater has been in Brevard County for approximately 20 years. The newly-created Marshall’s Task Force in Ohio recently reopened the investigation into the whereabouts of Freshwater and uncovered evidence that he night be living in the Melbourne, Florida area. Members of the GAMEOVER Task Force continued the investigation, eventually making contact with Freshwater at the address on Jones Road.

According to a 2012 report from the State of Ohio Legislative Service Commission, the average cost to incarcerate an Ohio state inmate is $24,870 per year. 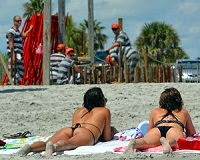