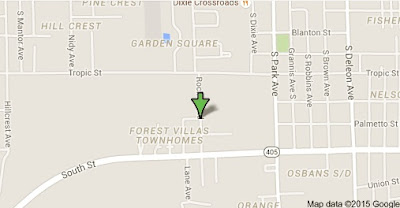 TITUSVILLE, Florida – A man and a 13-year-old girl were injured during an early morning shooting at an apartment complex in Titusville, Florida.

Just after 4 a.m. on Saturday, officers with the Titusville Police Department responded to a report of a shooting at Forest Park Apartments located at 501 Rock Pit Road in Titusville.

A 23-year-old man who was shot during the incident was later transported to the hospital with non-life threatening injuries. Police say that a 13-year-old girl also received a minor injury, possible due to a grazing wound, which did not require hospitalization. There is no current description of a suspect.

Police say that, despite several apparent witnesses, they were less than cooperative with the responding officers.

Anyone with information about this crime can remain anonymous and be eligible for a reward by contacting Crimeline at 1-800-423-TIPS.
Labels: crime Titusville