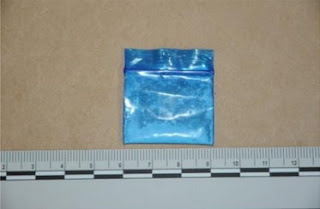 BREVARD COUNTY, Florida -- The Brevard County Sheriff's Office announced today that an investigation into a string of drug overdoses in Merritt Island and Cape Canaveral has led to the arrest of three men on Tuesday for drug related charges.

The investigation began after multiple drug use overdoses were reported on Monday, June 13, 2015. Investigators at first said that overdose cases appeared to be related to Heroin.  But after BCSO, with the cooperation of the Florida Department of Law Enforcement, received preliminary results of the drugs, it was determined that the substance submitted for analysis was Fentanyl.

Overall, 14 overdoses were reported in the Cape Canaveral and Merritt Island areas, with one death associated from the drug.  Investigators say that people were purchasing and ingesting what they believe to be Heroin, but was actually almost pure Fentanyl.

Fentanyl has been found to be up to 50 times more potent than Heroin and tends to produce significant respiratory depression, BCSO public relations officer Major Tod Goodyear said in a release. Investigators warn that Fentanyl is extremely dangerous and the effects can be transmitted even through contact with the skin ,and that anyone who may be in possession of what they believe to be Heroin may be actually in possession of Fentanyl.

Anyone with information about this investigation is asked to please call Brevard County Sheriff’s Office Agent Marlon Buggs via the Sheriff’s Office Communications Center at 321-633-7162 or CRIMELINE at 1-800-423-TIPS (8477), you can also visit http://crimeline.org/, or text ‘crimeline’ plus your tip to CRIME (274637).  All information to CRIMELINE is confidential and you may be eligible for a reward.
Labels: Brevard County Cape Canaveral crime Merritt Island