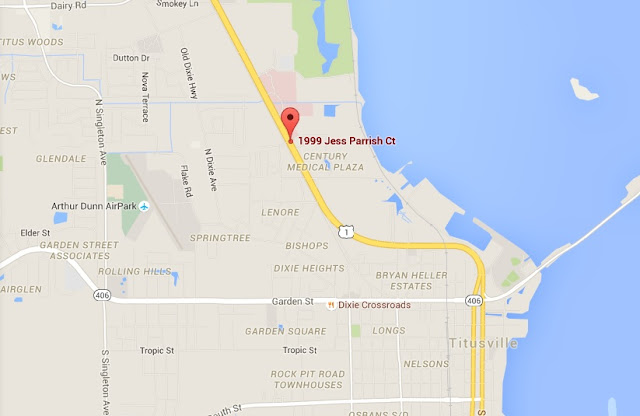 TITUSVILLE, Florida - The Titusville Police Department is reporting that a bicyclist did not survive injuries he sustained from a traffic accident that occurred around 5:46 p.m. on Thursday.

Police say that an adult male bicyclist exited the main entrance/exit of Parrish Medical Center into the path of a Dodge Charger that was traveling northbound in the 900 block of North Washington Avenue in Titusville, Florida.

Titusville Fire Rescue crews responded to the accident but the man was pronounced deceased at the scene. The victim’s name will not be released by police until his next of kin can be notified.
Labels: Titusville